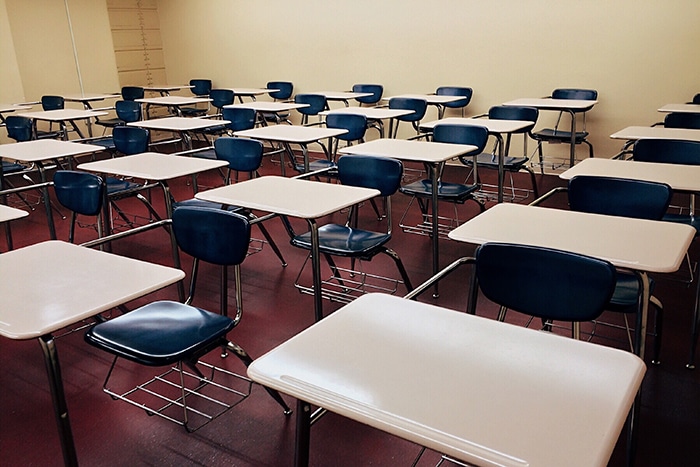 School’s out for the summer and not a minute longer.

As of Sept. 8, elementary school kids will be able to go back to class full time to attend school, with additional health measures.

Ford said the government weighed the risks of COVID-19 against the harm of school closures.

“We need to consider the toll it is taking on the physical and mental health and personal development of our kids,” he said.

The child-care sector will open fully as of Sept. 1.

John Howitt, director of education for the Lambton-Kent District School Board (LKDSB), said final plans will be shared the week of Aug. 10 for the school boards in Chatham-Kent.

Since June, Chatham-Kent’s school boards have been undergoing broad strokes of the planning for reopening. Boards were asked to prepare three scenarios; one for continued learning at home, for full attendance, and an adapted half-and-half model.

Chatham-Kent’s high school’s will be returning to a full model. Both LKDSB and the St. Clair Catholic District School Board will be prepared to respond to changes, as necessary, throughout the 2020-2021 school year based on directions from the Ministry and provincial and local Medical Officers of Health.

Howitt explained that the adapted model would consist of no more than 15 students per class. Classrooms will be broken down into a “Monday-Tuesday” group and a “Thursday-Friday” group, with rotations on Wednesdays.

Howitt said if kids are learning from home, there will be plenty of opportunities for support.

A pre-registration survey will be done to determine how the adapted model will impact staffing.

Ford said masks will be mandatory for staff, and cloth masks for students from grades four to 12, with exceptions for those with medical conditions. Lecce said students will only be one metre apart, hence the need for masks.

The government is also allowing parents to choose whether or not their kids return to the physical classroom.

“But it’s important for parents to know if they chose to continue with learning at home and change their mind, it won’t mean instant admission to the school,” Howitt said. “We’d have to be managing the cohort and other restrictions we are under. If parents choose to learn at home, they can’t change their minds that easily.”

So far Chatham-Kent’s medical officer of health, Dr. David Colby, has no plans to override the provincial decision.

“I don’t want Chatham-Kent to be the only jurisdiction that is not supporting a provincial decision, but I basically reserve the right to look at that very carefully, based on the local situation at the time,” he said.

Colby said a standardized approach is also preferable than trying to establish a plethora of local rules and restrictions, as many school boards span across several jurisdictions.

Should an extreme situation arise that would require schools to close, Colby and his Sarnia-Lambton counterpart, Dr. Sudit Ranade, can only make decisions regarding the schools that fall in their respective jurisdictions, and not for the entire school board.

“We’re still a ways off the start of school, as we’ve seen in the last month a lot can happen to change the situation,” Colby said, referring to the recent surge of cases across southwest Ontario in the past two weeks. “That’s not only true in Chatham-Kent, it’s true across the province, and the one thing that we have to be in handling this pandemic is resilient.”

Eighty-nine new cases of COVID-19 across the province were reported on Thursday. Wednesday’s new cases, 76, were the lowest day-to-day increase since March 22.