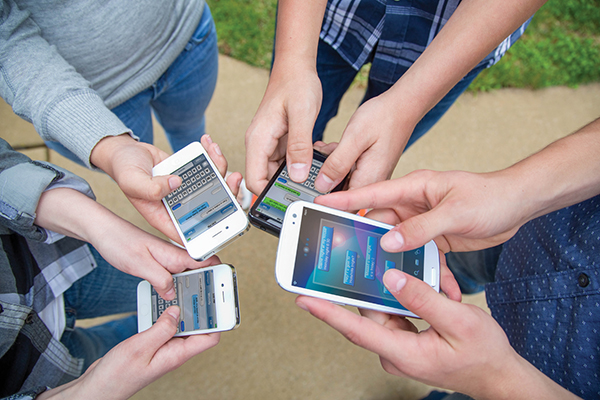 I can’t imagine being a teenager today, let alone one who wants to host a party.

In my time (you know, before social media and the ability to share information to hundreds of people instantaneously), you’d decide to host a party and tell the people you wanted to come. Of course, some of them would spill the beans to friends of friends, and other folks would show up unexpectedly.

Today, that a person texts or Instagrams a few friends, and then they share it over social media.

In my day, the early 1980s, you might get a couple of dozen more people show up to your bash. Most times, they’d be from your own high school.

Today, the number is in the hundreds, and they come from various high schools in the municipality.

Which is why parties today get shut down by the police in short order. I’ve lost track of the number of times we have dropped our daughter off at a party, only to have to go get her within two hours because the police received a noise complaint and flushed out the party.

I think it’s gotten to the point where we parents should hold a pool on how long these parties – especially the rural ones – last. Toss in a few bucks, predict to within 10 minutes of when the police will arrive.

With Rondeau Provincial Park closed to camping on the weekend, that meant hundreds of rowdy local teens who had planned to go there for a party weekend had to instead find their fun elsewhere.

For the record, we’ve never allowed our kid to attend the park on the May long weekend. Too many tales of booze, drugs and debauchery for our liking, thanks.

And that’s with an alcohol ban in place. Yet it seems a lot of parents buy their kids booze and help them smuggle it into the park.

But I digress. With the park closed, the party squad was on heightened alert to find a new bash to crash. According to our daughter, there was one scheduled for one night on the weekend, and social media kicked into overdrive as teens promoted it.

I then saw a couple of tweets from an OPP officer I know urging the party host to spike the event, for safety reasons.

And I’m told a Chatham-Kent officer visited the home to explain matters in greater detail.

That’s proactive policing, reaching out in several ways to deliver the safety message.

Well done, all around.

I looked at the party as a bonfire and social media as the accelerant used to help light the fire. When Rondeau closed to camping, it was as if someone threw a full can of gas onto that bonfire. It’s a good thing no one lit that match.

Then again, at the time of typing this, prior to the weekend, we’re sure other parties will crop up. We can only hope nothing got out of hand.

I love cruise control. When I’m making deliveries and seeing clients outside of Chatham, I hit “Cruise” in the truck. And I peg the speedometer at or darned close to the speed limit.

With gas prices spiraling upward, it makes sense to me to maximize my fuel economy.

Given the nice weather, I’m also not averse to taking a little longer to get around parts of rural Chatham-Kent. When the road isn’t zipping by in a blur, you can pay better attention to your surroundings.

For the folks who still drive hell bent for leather, I urge you to slow down a bit and enjoy what C-K has to offer visually.

And when you’re driving down a rural road and the smell of fresh manure wafts in your windows, look to your passenger and calmly accuse them of breaking wind.