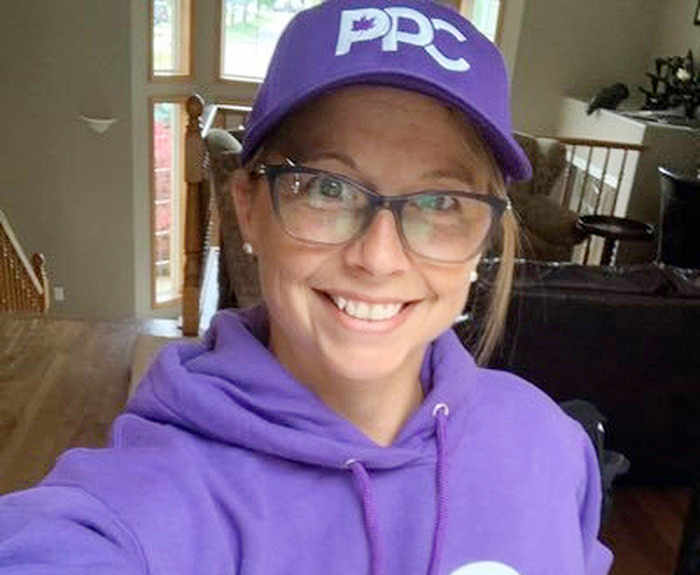 Liz Vallee is honoured to be representing the People’s Party of Canada as the candidate in Chatham-Kent—Leamington.

She said she wants to help her community regain freedom and help people across C-K–L “get their lives back.”

Vallee, who was born and raised in Chatham-Kent, is married and a mother to a 12-year-old boy and a 10-year-old girl. She is a personal trainer and has also competed locally, provincially, and nationally as a powerlifter.

Vallee was “deeply troubled” by the government “overreach” through the past 18 months and decided to join the PPC to ensure people are provided with a true voice in parliament.

In March of 2021, Vallee became frustrated with the government’s approach to COVID-19 and the use of lockdowns. She added she believes this undermined people’s basic rights and freedoms.

Vallee said she believes the government has used COVID-19 as an excuse to rip up the Charter of Rights and Freedoms.

“Everyone has the right to earn a living, and the People’s Party of Canada favours a balanced approach to COVID-19,” said the candidate. “We believe the same safety measures should apply to all businesses regardless of size.”

Vallee said the government continues to use fear to induce compliance with rules that are illogical. She said while financial support must be offered to businesses that have suffered, that means real support for people in need, not millions of our tax dollars in COVID-19 relief for corporations and big companies that have actually seen profits skyrocket