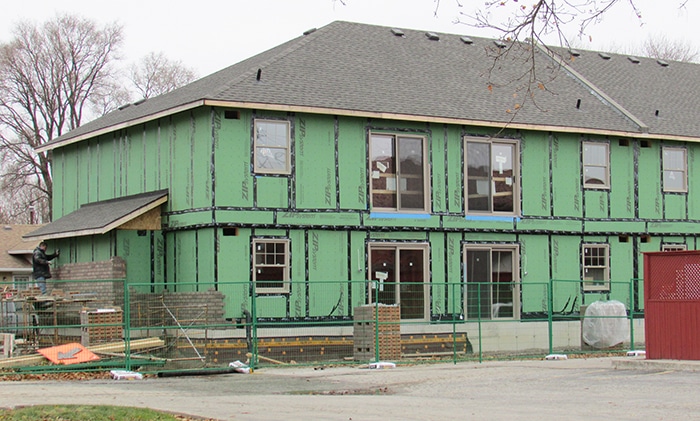 Chatham-Kent is not playing around when it comes to affordable housing initiatives.

The initial budget, which proposed a 3.96-per-cent increase, has seen cuts all around, but council is remaining strong when it comes to housing.

A motion to remove a housing services case manager position for $99,480, failed after South Kent Coun. Trevor Thompson brought it to the table. Thompson said there were no “great places” to make cuts but cuts had to be made somewhere.

Ray Harper, director, Housing Services, said there’s a shortage of affordable housing in Chatham-Kent and market rents have increased significantly. In 2020, average market rent for a one-bedroom unit was $938, 48 per cent over 2015 rates, according to a report that went to council at their Monday night meeting.

Housing services has developed relationships with private landlords who offer affordable renters units through the municipal Rent Supplement program. Harper said that a case manager was essential for marketing and recruiting private landlords, as well as assisting the tenants in maintaining their units.

“It’s essential that we continue to build these relationships with our landlords and support these tenants to be successfully housed,” Harper said. “If we don’t support the landlords that are engaged in the rent supplement programs, well they’re all networked and they talk to other landlords. And that would be challenging to us to sustain … and to attract new landlords to participate in this.”

Chatham-Kent is also short staffed compared to neighbouring municipalities in this field, including the possible addition of the case manager, Harper added.

When the COVID-19 pandemic hit, employment and social services converted a portion of the John D. Bradley Convention Centre to a homeless shelter during the first several months of lockdown. They later shifted to using motels and hotels after the Stage 3 reopening allowed the convention centre to resume its normal operations.

The motion did not pass. The funds will be used for future Requests for Proposals to develop affordable housing units.

Mayor Darrin Canniff also voiced support for maintaining the housing budget, stating it was “an investment in our community; this is not a cost.”

Taxes hike decreased to 2.58 per cent

Tuesday night’s budget cuts included the removal of a $475,000 incremental increase for the storm sewer lifecycle. A minimum amount of $300,000 was also allocated to that fund from the lifecycle asset management plan.

Lifecycle inflation was cut from 1.5 per cent to one per cent, at the request of mayor Darrin Canniff, saving taxpayers $293,000.

South Kent Coun. Clare Latimer successfully passed a motion requesting that one-time $100,000 funding for physician recruitment be changed to a two-year item for $200,000, funded from reserves.