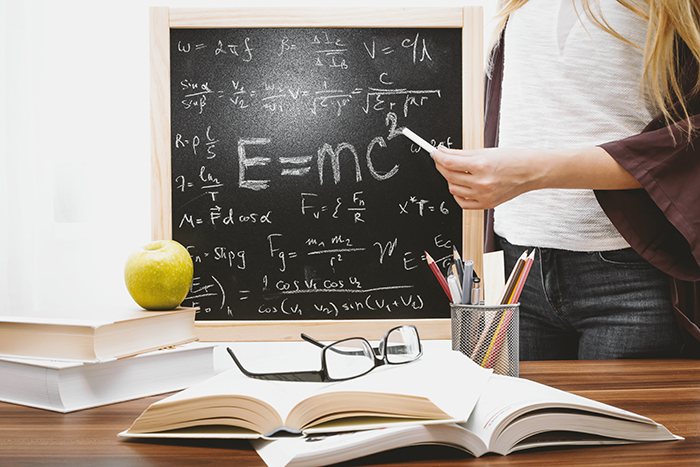 St. Clair Catholic (SCC) District School Board’s only high school in Chatham-Kent is the best performing in the municipality, and one of two to beat the provincial average.

The Fraser Institute released its annual rankings of Ontario secondary schools, on Monday.

The findings show that more Ontario high schools declined in performance in 2019 than those that improved. 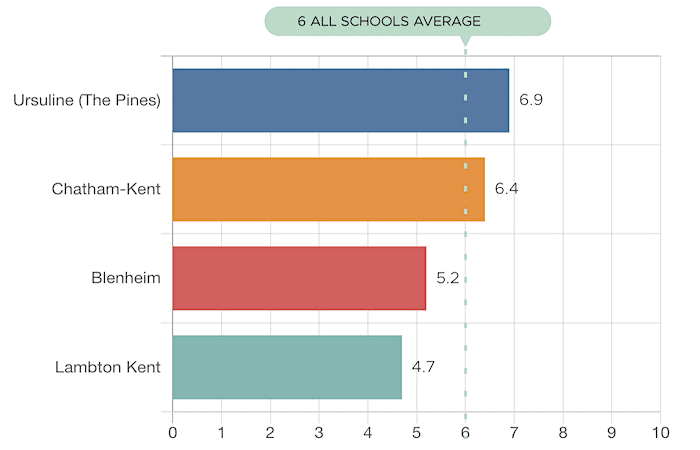 Chatham-Kent Secondary School, located on McNaughton Avenue, was the other to top the list. It was the only Lambton-Kent District School Board (LKDSB) high school to surpass the provincial average.

John Howitt, director of education, LKDSB, said using data from the Education Quality Assessment Office (EQAO) to rank schools was an inappropriate use and poor guide to understanding a school’s performance.

“We don’t put any value into the Fraser Report, or ranking schools using EQAO data. That is not the purpose and has never been the purpose,” he said.

Ursuline College Chatham (SCC) ranked 6.9/10 and 244th on the list. Chatham-Kent Secondary ranked 6.4/10 and 352th. Both were a slight increase from their 2018 report card. Blenheim District High School came third in Chatham-Kent, with a ranking of 5.2.

Fraser Institute takes into account the amount of students and grades when putting together the institutions’ report cards. The socio-economic conditions that students and communities encounter in their educational journey are not taken into consideration.

This year, 73 schools across the province experienced declining performance, while 47 schools showed improvement.

“But contrary to common misconceptions, the data suggest every school is capable of improvement regardless of where it’s located, where it ranks, or the students it serves,” said Peter Cowley, a Fraser Institute senior fellow. “We often hear excuses that some schools can’t improve student performance because of the communities and students they serve, but all over Ontario, there are schools with students facing significant challenges that still find ways to improve.”

The average provincial ranking was 6 out of 10 for 739 high schools, combining both public and private.

Howitt said there is qualitative data that is present in schools which the report does not take into account. He said once LKDSB receives marks, each school “personalizes” the numbers to reflect each individual student’s unique struggle.

The provincial average for students who test below standard for Ontario Secondary School Literacy Test (OSSLT) and Grade 9 math is 26.8 per cent. Chatham-Kent Secondary School’s percentage was 26.2. All other LKDSB high schools had between 35-46 per cent of their students test below ministry set standards.

At a previous board meeting, Howitt stated that improving math scores would be one of the strategic focuses for LKDSB over the next five years.

Howitt also said that decreases in math marks are seen across all of Ontario. However, he added that the province’s education is “world-class” and so, although they would like to reverse the trend, the decline is not as severe as it may appear.

On a scale of 1-4, Ursuline College and Blenheim were the only two schools in Chatham-Kent to score three for academic mathematics – three meaning provincial standards were met.

No school in Chatham-Kent met the provincial standards for applied mathematics. Ursuline scored the highest at 2.6. They, along with Blenheim and John McGregor, were the only ones to beat the 2.3 provincial average.

Seventy-eight percent of students across the province pass the OSSLT on their first attempt. Only Ursuline and Chatham-Kent Secondary School beat the average, with just under 81 per cent of students passing.

“There is far more behind those statistics,” Howitt said. “Understanding and working with students is where we put our focus.”

SCC did not respond to a request for comment on the report.