Four days later, and still counting…food that is.

Organizers of the May 16 Miracle said volunteers are still sifting through and organizing all the donations from Saturday, where Chatham-Kent residents were asked to put out non-perishable food items on their front porches for pick up by an army of volunteers.

“We are still sorting! So much food,” organizer James Rasmussen said.

He added that the citizens of Chatham-Kent showed an overflowing of kindness on the weekend.

“With this example of how we have all come together, I don’t think there is anything we can’t accomplish,” Rasmussen said.

Dava Robichaud, administrative and event co-ordinator with TekSavvy, was heavily involved in the May 16 Miracle. So too were TekSavvy volunteers who helped sort after the event.

Robichaud said the community support was beyond incredible.

“On a scale of 1 to 10? 1,000! The day was outstanding, marvellous, overwhelming, breathtaking, humbling, inspiring and refreshing,” she said. “I don’t think anyone was prepared for the generosity and love shown by C-K for C-K on Saturday.”

Robichaud admitted there were good problems that had to be dealt with as well at TekSavvy’s collection point.

“We hadn’t planned for the volume of donations we received. We ran out of skids, boxes, packing tape, shrink wrap, space, got the lift truck stuck in the mud because of all the rain the previous night and had to relocate our sorting space from one warehouse with only a loading dock to another warehouse with a garage door access at the last minute, and set it all up again. But we are an adaptable and resourceful bunch and all was switched over without a hitch,” she said. “Chatham Towing came to our rescue and pulled the lift truck out of the mud and saved the day! And luckily, TekSavvy had a bigger warehouse next to the original space and we were able to use that space. Hindsight was that our original space would not have held that volume so the larger space was needed and perfect for our needs.”

In terms of just how much food was collected, the numbers are daunting to event organizers.

Rasmussen said they hope to have estimates in the coming days.

Robichaud said the depot at TekSavvy collected about 40,000 pounds of goods on its own, with more than 47 skids stacked with food.

In Wallaceburg, Stuart McFadden, one of that community’s captains for the event, said between 20,000 and 25,000 food items had been collected.

Robichaud said sorting all the goods was an exhausting experience.

“We started sorting at the TekSavvy depot Saturday as the donations came in. We finished (Tuesday) around 2:30 pm. We had over the three days approximately 17 hours total, but with limited volunteers on the first day,” she said. We didn’t plan for enough volunteers either, so we called in the troops, maintained safe protocols and PPE (personal protective equipment), brought in more tables and supplies and the busy bee squad got it done.”

Robichaud said sorting, organizing and getting all the food from the four Chatham depots to one location will likely not be completed until sometime Thursday.

After such a successful event Saturday, she, like others, would love to see the Miracle take place every year.

“Not sure we would top what we just did, but wouldn’t it be wonderful if we could this every year?”

Rasmussen thinks it is possible too.

“Food, health and wellness, mental health … pretty sure that every year, we can all come together and take on any challenge that stands in our way,” he said.

The Miracle just served to reinforce Robichaud’s love of this municipality.

“I was born and raised in C-K and have always been proud to live here. But being a part of this most magnificent miracle with the entire population of this amazing community has left me beaming with pride,” she said “I’m still tearing up when I think of how we all came together without prejudice, setting any differences aside to do what was right. This wasn’t about the work of any individual, company or corporation. This movement was an entire community coming together during a crisis, for a common goal. We all worked together, giving of our time, energy and love to make sure those in C-K who now find themselves among the vulnerable are able to come through this pandemic with some dignity, and not have to worry about how they will feed their family, or themselves.”

Robichaud said the May 16 Miracle also served as an excellent life lesson for the youth of C-K, as many families came out to volunteer.

“Kids were so excited to participate in this event. What a great way to teach them the lesson of inclusion, kindness, generosity, teamwork and giving back,” she said.

The support poured in for the Miracle effort in many ways. 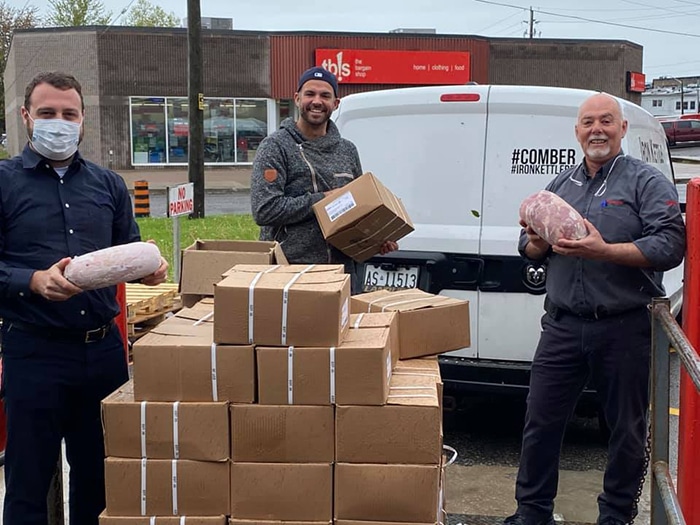 In Tilbury, 100 turkey roasts showed up, courtesy of the Iron Kettle Bed & Breakfast in Comber and Butterball. 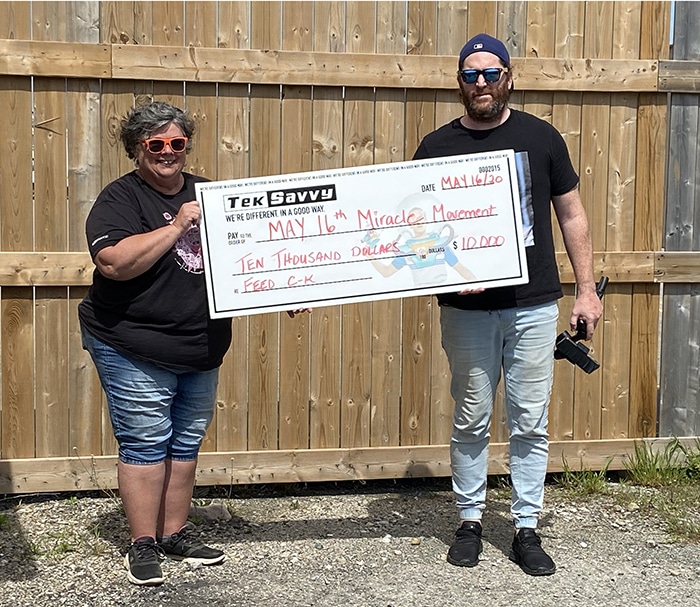 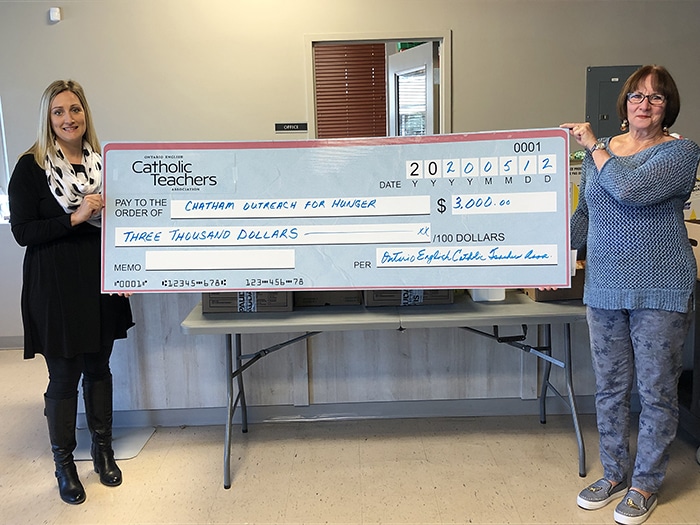 Teachers and principals at the St. Clair Catholic District School Board donated a combined $3,800 for Outreach for Hunger.