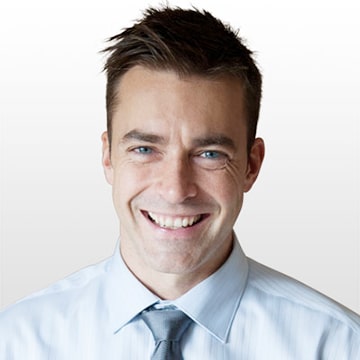 Tony Walsh is an investment consultant with a longstanding career in banking and supporting small businesses, not-for-profits and agriculture organizations because he knows that helping locally based groups results in stronger communities where everyone can thrive.

He has been a keen volunteer his whole life, a passion he now cultivates by assisting numerous local organizations; the United Way, YMCA, Kinsmen, Junior Achievement, Canadian Cancer Society, Humane Society, Habitat for Humanity, and food banks to name a few. He understands it makes a difference when governments have the courage to act according to their values.

Walsh lives in Chatham with his wife and three young sons. He is fighting to make life more affordable for families and ensure they can continue to access the services we all need.

How can the public trust our party system when it appears there are decisions being made with questionable judgment by political leaders, with little to no repercussions?

Liberals have said a lot of nice things and made a lot of big promises, but you can’t trust them to work for you, they’re working for big corporations and lobbyists.

Liberals say they’re progressive and say a lot of the right things, but they never end up keeping their promises.

You can count on New Democrats to actually fight for you instead of for big corporations.

Our plan will make life more affordable, create jobs, fight climate change and protect the services we rely on.

This election, you have a choice to hold the leaders’ questionable judgement accountable with your vote. Its time to elect a government that’s in it for you.

Disincentives like the Carbon Tax are meant to help the environment by increasing the cost of fossil fuel consumption. But is such a tax fair for people who live in small-town Canada? Or is this just another tax on the middle class in general?

We can make life more affordable and take action on climate change at the same time.

People want to do their part to fight climate change, but they’re also struggling with the rising cost of living.

Liberals and Conservatives are playing politics on the carbon tax, dividing Canadians.

The Liberals’ plan is all about the carbon tax, but it still won’t get Canada close to meeting our emissions reduction targets.

The carbon tax is just one tool in the fight against climate change. It’s not a matter of either/or when it comes to the environment and affordability; we can address both with bold solutions like:

Opioid addiction and its associated problems, such as increased crime, have reached a crisis level in Canada. What can be done to cause change at the federal level?

I believe that there is much more we can do to save lives and support those struggling with opioids. In government, New Democrats will declare a public health emergency and commit to working with all levels of government, experts, and Canadians to end the criminalization and stigma of drug addiction, so that people struggling with addiction can get the help they need without fear of arrest, while getting tough on the real criminals; those who traffic in and profit from illegal drugs.

We’ll work with the provinces to support overdose prevention sites and expand access to treatment on demand for people struggling with addiction. We will also launch an investigation into the role drug companies may have played in fueling the opioid crisis, and seek meaningful financial compensation from them for the public costs of this crisis.