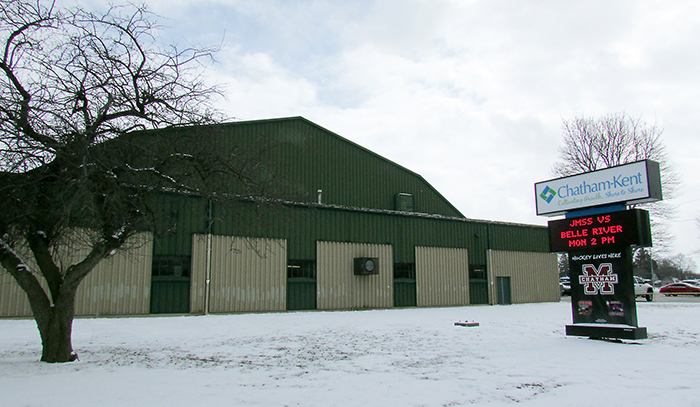 A majority of Chatham-Kent council voted to move forward on preliminary architectural work for a multi-use recreation facility at a meeting recently, lowering the importance of cost of services tendered from 30 per cent to 10 per cent.

In a report to council dated June 21, General Manager of Infrastructure and Engineering Services Thomas Kelly wrote that since council gave staff the go-ahead to look into “preliminary architectural work and land acquisition options,” he asked that council allow the reduction to the weight of cost when picking an architectural firm.

The request to council was needed as Bylaw # 3-2016 regulating procurement of good and services specifically states that cost of services are weighted at 30 per cent of the total price score unless otherwise approved by council.

Some councilors, such as Michael Bondy, felt asking for architectural drawings were premature as council hasn’t even decided on what kind of facility – twin-pad or single arena – how much seating, how much land would be needed and where it could possibly go.

The former Navistar land on Richmond Street in Chatham has been touted as a good location, however, there are still questions about its status as a brownfield, what mitigation measures would need to be taken and how much it would cost.

Areas outside of Chatham aren’t sold on the necessity of having a new arena complex paid for with taxpayer money, particularly since studies show arena use is down across the municipality.

Kelly said in his report that to ensure a qualified architectural firm with the experience needed to design a recreation facility of the scope the municipality is looking at might cost more money than the quote from a less experienced firm.

He said the RFP requirements would focus on high level concepts for Phase 1 and include a conceptual site plan that addresses traffic and civil servicing considerations, layout, location and parking for site facilities, as well as minimum property area required for specified amenities and detailed cost estimates based on other projects of the same size.

Kelly said at the council meeting that the size of seating area of the facility wouldn’t necessarily affect the footprint of the building but would impact the amount of parking area needed, something he said the conceptual site plan would address.