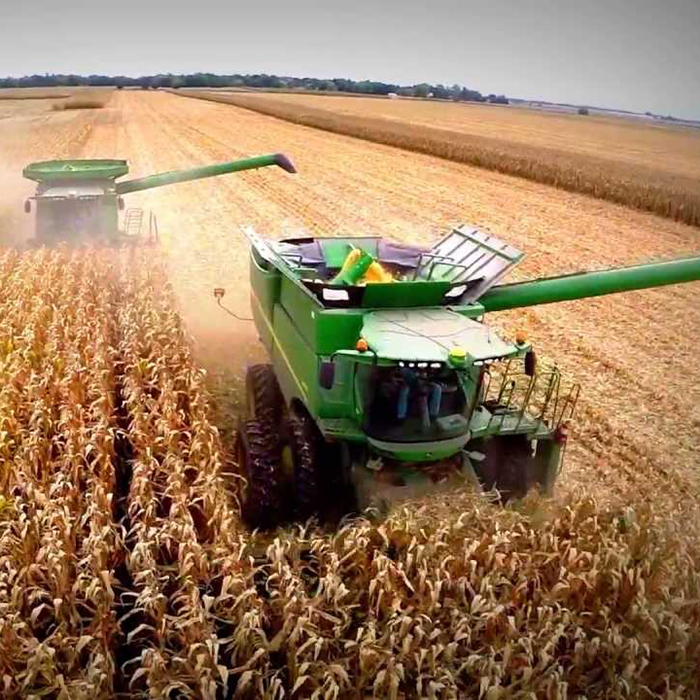 Although final official figures won’t be available for another month, there are indications of a possible record year for corn in Ontario.

Mark Huston, Vice Chair and local director of the Grain Farmers of Ontario, said there are reports of excellent yields approaching 250 bushels per acre mark and beyond in north Kent.

“We could come close to around the 170 bushels per acre average,” he said.

The provincial record for corn is an average yield of 172 bushels, set it 2010.

While most of the crop has been harvested, provincial figures won’t be finalized until sometime in early December.

Huston said this year’s crop is drier than last year’s and even though the price per bushel isn’t exceptional, the size of the yield means good news for farmers.

While there have also been some remarkable localized soybean yields, Huston said the crop will likely have an average but not outstanding year.

“Some farmers are well above the 45 bushels per acre, and we’ve had some areas that were 10 bushels or so below that, so it’s going to even out.”

He said an earlier soybean harvest means farmers have had the opportunity to plant more winter wheat and many have done so.

“There is a lot of winter wheat being planted, but whether that translates into a large yield depends on nature,” he said

Grain corn is a $2 billion a year contributor to the provincial economy with soybeans adding another $1.6 billion.

“There’s no doubt that a strong year helps the economy throughout the area,” he said. “It helps every other business in town.”