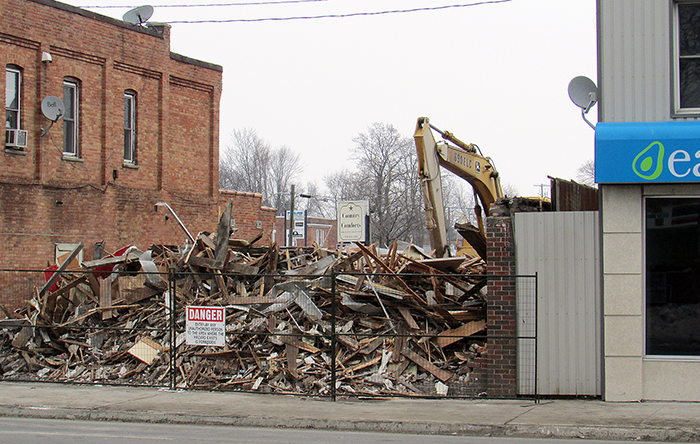 The building that used to house the St. Clair Restaurant came down on Saturday morning.

Demolition actually began at the rear of the building Friday, but by Saturday at noon, crews had reduced the structure to rubble.

No word yet on what the property is being used for.

« Will rail line be maintained for now? Water surveys underway »