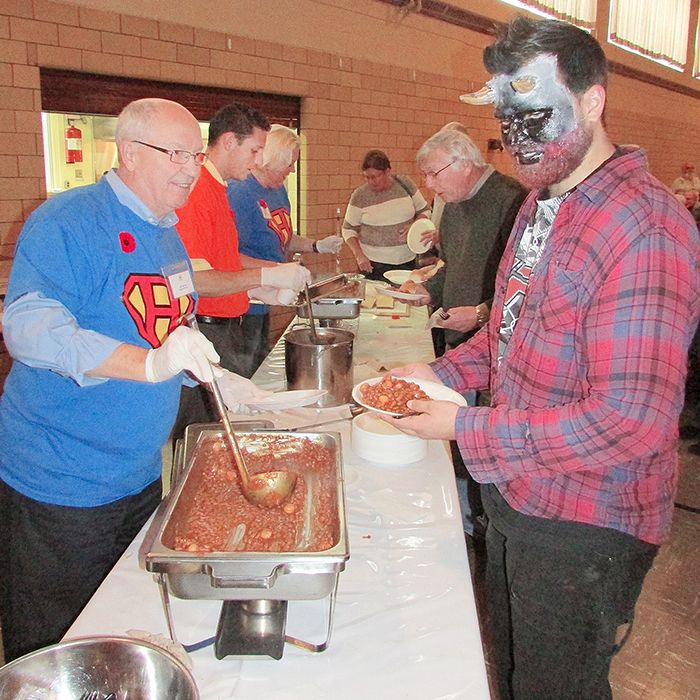 Hundreds of people flocked to the fundraising event.