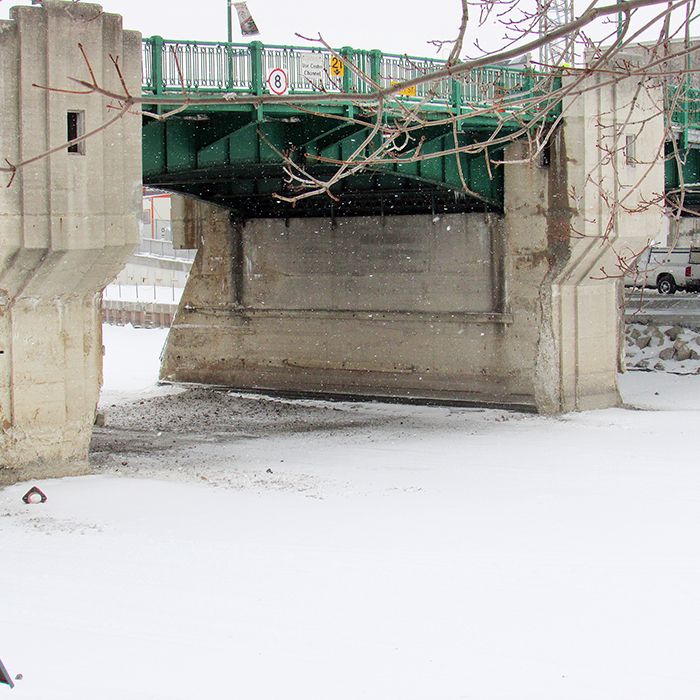 The two local conservation authorities are saying the short-term forecast does not indicate any flooding on the Thames or Sydenham Rivers.

However, this could change as the weeks go on.

Jason Wintermute, water management supervisor with the Lower Thames Valley Conservation Authority, said as of Monday afternoon there was still a foot of ice atop the Thames River.

“We may lose a little bit (this week) because of the warm-up but probably not too much,” Wintermute said. “Twelve inches is a depth where we have historically had ice jams, which is why there is talk of this kind of stuff now.”

Wintermute added: “In terms of immediate, we need flows in the river as well as the proper thickness of ice to create an ice jam. So we’re not looking at significant melt or significant rain over the short-term forecast that would indicate that the flows would rise enough to break up the ice on the river and cause jams.”

Wintermute said he wants people living in flood prone areas to be prepared.

“These warnings are coming out to have people prepared for this kind of thing,” he said. “We haven’t seen this much ice in the last two years. Even in 2011, we didn’t have this much ice and we still had ice jamming. We’re hoping people take some time to think about it, what kind of precautions they may take.”

Girish Sankar, water resources engineer with the St. Clair Region Conservation Authority, said the Sydenham River has 14-16 inches of ice on it.

“The Sydenham River is very stable,” he said. “This is the kind of the weather we like to see to avoid flooding conditions, with the night time lows below freezing. So there is going to be some snow melt, but it is not going to be significant to increase the water levels in the river.”

Wintermute added everyone is hoping for this continued slow melt.

“I think we all hope for a nice slow melt that will slowly degrade the river ice, but if we get a sudden melt or a couple inches of rain with a sudden warm up, that could generate the flows that could create ice jams,” he said. “With the weather we’ve had the past couple of years, big rainfalls are not uncommon.”

The organizations send out timely notices and updates as the conditions change in both watersheds.