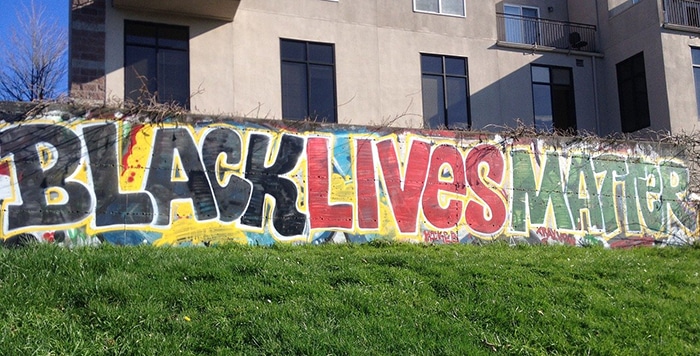 While violent racial incidents might not appear at first glance to be a Canadian problem, they take a very real toll on local communities, and racial discrimination still exists, even in rural municipalities such as Chatham-Kent.

When one local resident heard about the death of George Floyd, he cried in the middle of work and thought that could be him or any black person he knew.

Thador Tekhli, 20, said he’s been racial profiled many times by police in Chatham-Kent.

One instance was when he was sitting in a park with a white friend, who was asked how he was doing by a police officer. When it came time to question Tekhli, then 16,  he was told to provide identification, asked where he lived and questioned why he was in the park.

“How did I go from being an ordinary boy to being a threat?”

Tekhli emigrated from Sudan, Africa at a young age. He is now living in Windsor and goes to St. Clair College to study accounting. He plans to pursue his CPA or maybe a law degree. He is also heavily involved with volunteering in the community and at the soup kitchens.

Tekhli is also one of the main organizers of the Chatham-Kent Supports Black Lives Matter march taking place Friday at the W.I.S.H. Centre.

The march aims to shed light on anti-black racism and how that exists in local institutions, in addition to showing support for black communities protesting racism and Floyd’s death.

“They have no place in our community or the policing profession. That being said, we cannot let the actions/behaviours of a few, in another country, diminish the great community-based strategic policing which the vast majority of our officers complete on a day-to-day basis. Instead, we need to recognize the fact that there are deep systemic racial barriers which unfortunately still exist at a societal level, and we must continue to work towards breaking these barriers down until they don’t exist.”

Conn said the the Training Unit has been tasked to review policies and procedures surrounding use of force and they recently reviewed their respectful workplace procedures. All officers receive discrimination training when they attend the Ontario Police College for their Basic Constable Training, and on a bi-annual basis, they receive refresher training surrounding both ethical and cultural awareness, he said.

Tekhli said profiling incidents with the police happen quite frequently. He also raised concern over other institutions in Chatham-Kent.

“This isn’t just an American problem, it affects all of us,” he said. “Institutionalized racism does exist.”

Although the recent tragic events happened in the United States, Tekhli explained that it still takes a toll on black communities everywhere who have experienced histories of colonialism and racism.

Tekhli said there are virtually no black therapists in Chatham-Kent and few medical professionals who can help guide the black community through the post-traumatic stress and pressures of systemic racism.

“This takes a huge toll on black mothers and black fathers. The death of George Floyd could have been any one of us. It causes a lot of medical problems.”

Even in the education system there are few councillors of colour. Tekhli said he was not taught about his own black history in school. During Black History Month, the class spent one day at the museum and that was it.

“How can we adjust and integrate if we’re not well versed in black history? We are not taught about inequalities. Anti-black racism was swept under the rug,” Tekhli said.

Shannon Prince, curator of the Buxton National Historic Site & Museum and sixth-generation of black descendents in Chatham-Kent, said she too still experiences racism, although she decided not to go into detail. As the curator of the museum she said that Chatham-Kent residents rarely come to learn about their own history.

“People are unaware of the fact that there was discrmination in Canada and it still exists. It is that educational component people need to be aware of. We have a rich history and a variety of histories here, black and Indigenous to name a few. We are quite deeply embedded in it. It is up to us as educators to really get that word out,” she said.

Prince said Friday’s march in C-K, and this moment in time in general, is the time to talk to kids about racism and for parents/educators to learn and listen about what justice is.

Lambton-Kent District School Board did issue a statement that it is committed to anti-oppression education, but Tekhli said that can be taken a step further with some race-based data which educators need in order to tackle the issues or support what they are saying.

Along with the education system, Tekhli added that better black representation is needed in the police force and medical field to create better role models for the black community.

One of the initiatives that LKDSB previously planned is census-based data collection within the next three years, to be able to answer questions on inclusive hiring practices and enrolment.

St. Clair Catholic District School board officials said they are too small to collect race-based data for students and staff because statistical analysis may identify students. However, policies states they should respect equity and diversity in their hiring practice.

The Chatham-Kent Police Service said out of  164 sworn officers, 11 identify themselves as a visible minority, making up 6.7 per cent of officers.

According to the 2016 Statistics Canada census, roughly 12 per cent of Chatham-Kent’s population are visible minorities.

“There’s so much work to do, we have to start on it as soon as we can,” Tekhli said.