It’s pothole season, and this year is a bad one.

Jerry Corso, manager of Public Works South for the municipality, said crews are trying to keep up by putting down asphalt patch.

“It’s a struggle. When Mother Nature plays with our roads, these will develop, especially when it thaws out as it did late last week,” he said. “We even had crews out on the weekend.”

“The temperature is usually around the freezing point. And it fluctuates – freeze, thaw, freeze, thaw,” he said. “One day you’re doing snow removal, the next you are doing potholes and watermains.”

With potholes, the problems begin when moisture gets underneath the asphalt and between cracks in the pavement, Corso said, causing chunks of asphalt to essentially pop loose. As the ice turns to water and cars pound over the loose pavement, it crumbles and is scattered, creating a pothole.

The melt also leaves large puddles on the road, perpetuating the pothole issue and making them hard to detect, until you drive over them.

Corso, and most other folks in Chatham-Kent, are tired of winter and its impact on our roads – and mental health. But we’re not finished.

“It’s been a significant winter and it’s not quite done with us just yet,” Corso said. 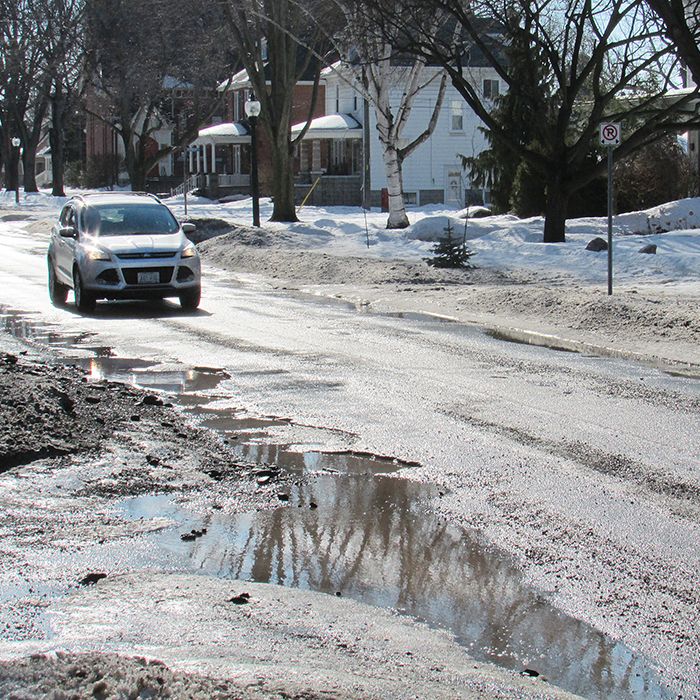