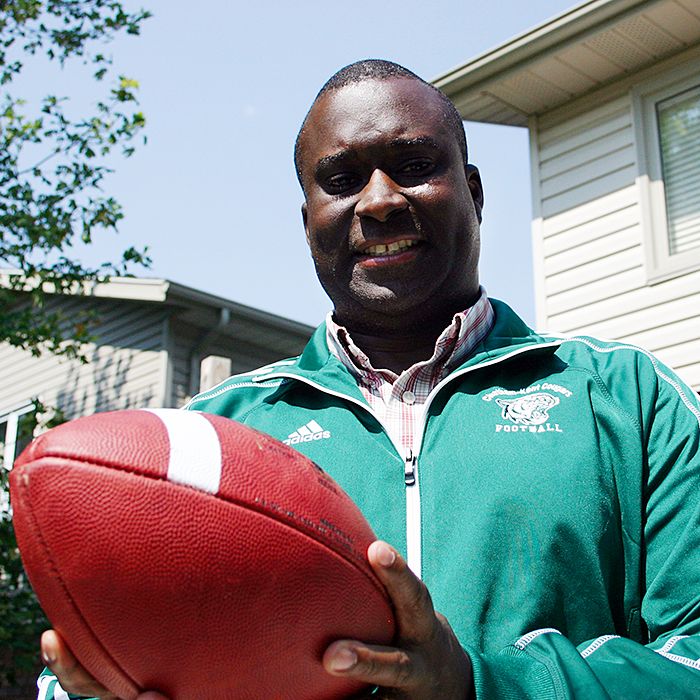 When former CCI coach Selwyn Jordan saw high school football players in Chatham-Kent struggling to compete with teams and players in larger cities, he knew something had to be done.

So back in 2008, the Chatham-Kent Cougars Minor Football program was born.

“We had a lot of interest here and a lot of people said if you had the league here in Chatham they would support it,” Jordan said. “High school football was always popular, but when Chatham-Kent high school teams were up against teams from across the province … they had minor football programs there, so their players had the experience that we lacked.”

The program has since grown to include up to 350 players at one point, with more than 14 teams combined in Chatham, Wallaceburg and Blenheim.

“I would say there are fewer injuries. They learn safety, they learn how to fall down, they learn how to tackle with their head up. The high school coaches praise the program in general, they like having the athletes, they don’t have to teach at such a basic level.”

Jordan said everyone with the Cougars is proud to say between 40 and 50 former players have moved to play university football.

“Twelve this year alone went on to try out for a university team,” he said. “Our club is very proud of that and hopefully we’ll get one of those CFL players.”

“I think it will allow coaches to aspire to continue to coach and also for players, I can tell them about the university experience … what they have to do to prepare, to get ready,” he said.

If it wasn’t for the 150-plus volunteers with the program, none of it would be possible, he said.

“I believe the community should be very proud,” Jordan said. “There are lots of great athletes here. I’d say along with the high school coaches, all of our volunteers that help the club run, Jeff Green for having the idea of having flag football to develop the youth skills to play football – they have to feel proud to see Chatham on the same level as some of the big cities. These players are able to compete with some of the bigger centres. That wasn’t offered here before. It’s definitely become more of a football community.”

Jordan added he gives a lot of credit to his employer, Union Gas, for being supportive over the years, allowing him to dedicate time to the community and the football program.