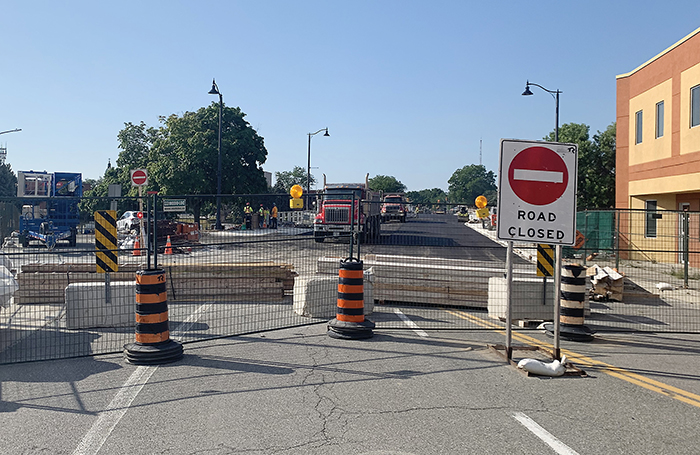 First it was late June, then mid-July and now early September.

That’s the word on when the Third Street Bridge will finally reopen, according to municipal officials.

The July deadline was missed because of a supplier-related delay with the delivery of the bridge’s railings.

Shipments of the railings have begun to arrive and the primary contractor for the project, Toronto Zenith, is in the process of installing them.

Municipal staff said the railings are a critical component to ensure the safety of both pedestrian and vehicular traffic on the bridge.

The bridge has been closed to pedestrian and vehicular traffic since early May of 2021.