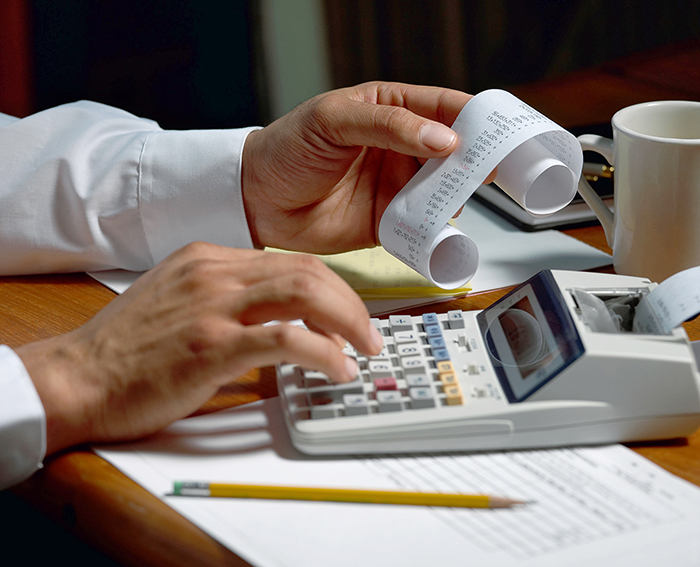 Chatham-Kent’s initial draft budget increase of 4.74 per cent has prompted a few questions about the proposed increase in municipal spending.

During two online public forums last week, local residents had the opportunity to directly query municipal officials about how tax dollars will be spent in 2022.

Chief financial officer Gord Quentin fielded the bulk of the questions from the public – ranging from how Chatham-Kent stacks up against it neighbours, why new staff is being hired in tough economic times, and why rural residents pay less tax than urban dwellers.

Quentin explained that inflation – currently at a 30-year high in Canada – is behind the lion’s share of Chatham-Kent’s tax increase.

This proposed draft budget headed into the budget proceedings with an annual tax hike of $142 to the average homeowner based on an assessment of $3,200 to $3,600.

A total of three quarters of the increase is attributed to inflation while the remainder will be spent on infrastructure assets.

According to Quentin, council’s decision to increase overdue spending on big-ticket infrastructure items such as bridges, roads and buildings is the other key to the increase, he explained.

However, Quentin said, inflation impacts the infrastructure decision as well, because costs for labour and materials continue to rise.

When asked to compare to other municipalities, Quentin said services are much the same everywhere in the province, with Chatham-Kent being slightly below average in taxation.

Quinton who has worked with Chatham-Kent since amalgamation in 1998, said the municipality has always been playing catch up on infrastructure spending.

“We’ve been moving that up over time but we’re still only about 50 per cent funded for what we need to keep and maintain our infrastructure,” Quinton said, adding the municipality has faced “tremendous inflation” over the past year and a half.

A 30- to 40-per-cent increase in insurance costs is an example, Quentin noted.

Some of the decisions of councils past are coming home to roost.

Quentin said council’s decision in 2013 to make a $500,000 cut in the road salt budget while providing the same level of service created a “hole in the budget” that “doesn’t make any sense.”

Administration is recommending adding $62,500 back to the salt budget.

In response to a question as to why farmland tax rates are lower than urban rates, Quentin said that comes from council in 2004 and 2006 lowering the rate twice.

“At the time ag prices had plummeted,” he added, so in order to help out Chatham-Kent’s biggest industry, councillors lowered the farm tax rate from 25 to 22 per cent.

Essex, Elgin and Middlesex counties tax their farmland at 25 per cent while Lambton County’s rate is at 22.6 per cent.

Quentin said the farm tax issue will be brought up again in the spring.

Cathy Hoffman, general manager of corporate service and the chief human resources officer, said council sets the level of service, with administration then tasked with how to fit the bill.

Hoffman said there are ongoing monitoring and service reviews, which determine staffing levels.

The draft budget recommends hiring 41.5 full-time-equivalent staff, including around 30 staff at Riverview Gardens in order to meet Ontario’s upcoming mandate of providing four hours of care for every resident in long-term care. However, the province is funding 29.5 of those full-time positions.

A query was also raised about ways Chatham-Kent could increase its revenues.

One of the ways to increase Chatham-Kent’s tax base is to attract more people. CAO Don Shropshire said the municipality has adopted an “aggressive growth strategy” to increase population density and bring more investment to the area.

More people can share the cost, Shropshire said, adding Chatham-Kent has only 43 people per square kilometre, compared to places like Windsor with 1,450 people per sq. km.

The strategy, which includes deferring taxes for with a five- or 10-year period on some new builds appears to be working, Shropshire said, adding the recent boom in apartment complexes is one example of success.

However, investors are still required to pay taxes on the land value prior to development.

Kelly used the example of having 10 roads to fix, but only money for five.

However, he said employees are constantly working on improving and adopting new technologies to cut costs, adding, “Chatham-Kent is very respected in the province for its innovation.”

“The budget process is an important one as it reinforces our priorities over the coming year,” McGregor said.

There’s still time for local residents to get involved. McGregor said questions can submitted to the budget committee via Let’s Talk CK, by phone. Deputations will be received prior to deliberations, which were to begin Jan. 26.

How tax dollars are spent

Based on a $3,060 assessment, infrastructure and engineering comprised the lion’s share of spending at $1,213, with public works costs leading the way at $799, drainage asset and waste management at $184 and parks, recreation and cemeteries spending at $142.

At $529, community human services spending came in at second place with funding for employment and social services at $79, libraries at $72, child care and early years at $54, and public health at $47.

Policing was a close third at $525 per household, while $380 goes to fire and emergency services.

A total of $190 goes to the finance, budget, and information technology and transformation departments, with corporate services, including customer services, costing $94.

Leadership costs, which include the mayor and the chief administrator’s office, council and legal costs comprise $64 of the taxpayer’s pie.