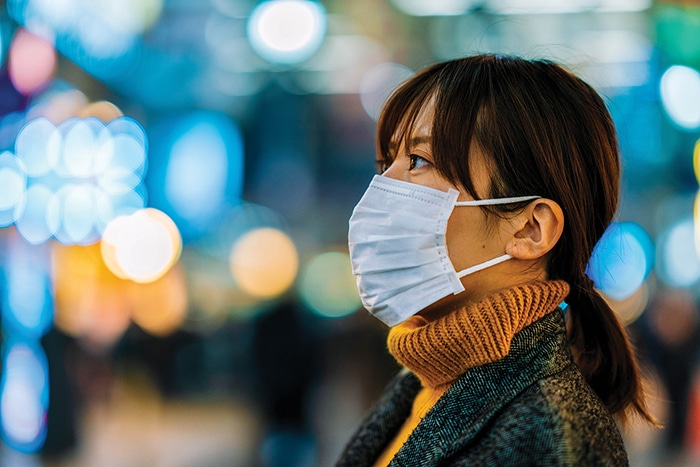 Chatham-Kent residents appear to be unfazed by the new lockdown, saying it has not affected much of the new routine they developed since the first lockdown in March.

On Tuesday, Premier Doug Ford announced Ontario would be entering a second state of emergency and as of Jan. 14, a 28-day stay-at-home order came into effect with the exception of exercise and essential outings.

“It’s got to be done,” said Chatham-Kent resident Fred Ansell, 53. “It’s one of those things where we don’t know what could happen (without a lockdown).”

Previously, Ontario implemented a coloured zone system to identify regions with the highest COVID-19 rates to be shut down. Residents agreed this time it was necessary to take a holistic approach.

“I think it was necessary even for Chatham-Kent. We need a proper lockdown for a month,” said Chatham-Kent resident Man Preet, 29.

Preet said to her, the second state of emergency and the stay-at-home order is not much different than the recommendations issued during the holidays, but she hopes it will give the government more power to crack down on individuals breaking COVID-19 protocol.

“But it will still be hard to control because anyone can lie about where they’re going,” she said.

A married couple in their 80s also said they believed a lockdown could only be effective if fines were issued.

“We’ve been living the same way for a year; nothing’s changed for us. We feel terrible (that people are breaking the rules) because if they did what we did, we would get to where we needed to be,” said the 82-year-old woman shopping for both her and her husband so as to not put him at risk.

Ansell is also welcoming a shutdown for the schools. Previously his children were doing in-person learning, but with rising cases he said it is not worth the risk.

“We have older parents, my kids’ grandparents, so it’s not worth risking their lives.”

He said his best advice to other parents trying to home school their children is to take it one day at a time.

One resident, Bernie McMillan, said he hates the thought of a province-wide COVID lockdown and would prefer to put the mental health needs of residents first.

“This is one of the places with the lowest case count in Southwest Ontario. This is not good for mental health,” he said. “I have a friend who is an EA with three kids and she is definitely not having the best time with it.”

His shopping partner, Dustin Isaac, concurred stating that he was from Walpole Island, which only had one active case, reported on Jan. 11.

One thing most residents agreed on was that small local stores deserve the chance.

“I think small stores should be allowed to open up as much as box stores,” Ansell said.

McMillian is sad to see small local antique stores or clothing shops temporarily close when he feels that they will adhere more to social distancing protocols.

Ansell added that overall the response both municipally and provincially to COVID-19 has been ad hoc due to the unprecedented nature of the global pandemic.

“So it’s hard to say, we’ll just have to wait until the end of it to see what we could have done differently.”

Only one resident interviewed said they believed the second lockdown was an attempt by the government to harm small business for a big capital game and felt a communist regime was coming on with the new measures.