Yesterday morning around 7:50 a.m. Chatham-Kent police responded to a break and enter at PC Business Systems on James Street in Wallaceburg.

Through investigation, police learned that someone had smashed the front door and stolen a Dell laptop and two Xplornet Internet antennas.

Officers identified the man responsible and he was taken into custody a short time later.

Thomas Caron, 40, of Wallaceburg, has been charged with break and enter and failing to comply with his release conditions. He has been remanded into custody pending a bail hearing.

Yesterday afternoon, police responded to a domestic disturbance at an apartment in Chatham.

Through investigation, police learned that during the dispute, a man also damaged property belonging to his girlfriend.

A 28-year-old Chatham man was arrested and charged with mischief and assault. He was released pending a future court date.

On March 20, a man was released from custody with several conditions. One of those conditions stated that he was to obey a daily curfew of 7 p.m. to 6 a.m.

Last night around 10:30 p.m., an officer on general patrol observed the man riding a bicycle westbound on Grand Avenue East in Chatham in the eastbound curb lane. The officer initiated a traffic stop, however the man fled on his bicycle through a nearby empty lot. The man was stopped a short distance away and taken into custody.

A 36-year-old Chatham man is charged with failing to comply with his release conditions. He was released pending a future court date.

Officers continue to work with the owners to determine what, if anything, was stolen.

On Saturday around 3 a.m. someone used a rock and smashed the front windshield and driver’s side window of a vehicle parked in a driveway on Ottawa Drive.

The Chatham-Kent Police Service would like to remind everyone, especially local businesses, to be extra careful when accepting U.S. currency.

Yesterday, police received information from a business in Chatham that an unknown man used two counterfeit $20 US bills this week.

Local business owners are also reminded that they do not have to accept a bill if they believe it’s counterfeit.

Both U.S. and Canadian money have security features. The Bank of Canada provides information on how to tell whether Canadian or American bills are counterfeit https://www.bankofcanada.ca/banknotes/counterfeit-prevention/ 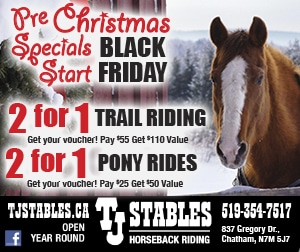