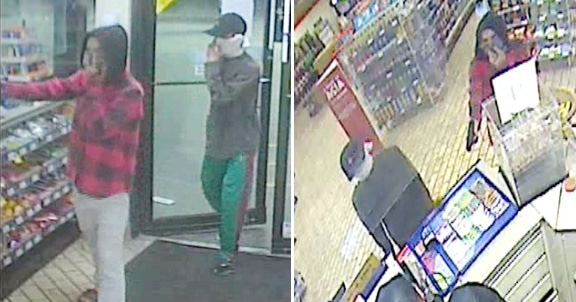 In the early morning hours on Monday, two masked men robbed a convenience store in Leamington.

Leamington OPP say the robbery took place about 4:30 a.m. on Erie Street South, when the two masked suspects, including one pointing a handgun, walked in and demanded cash from the clerk.

The suspects fled on foot, heading southeast, police say, with a pack of cigarettes and a small amount of cash.

The clerk was not injured.

Both suspects are described as about 5-foot-seven-inches tall.

The OPP asks anyone that recognizes the individuals or has information regarding this crime, to contact the Leamington OPP Detachment Crime Unit at 519-326-2544 or 1-888-310-1122.

Should you wish to remain anonymous, call Crime Stoppers at 1-800-222-8477 (TIPS) or leave an anonymous online message at www.catchcrooks.com where you may be eligible to receive a cash reward of up to $2,000.