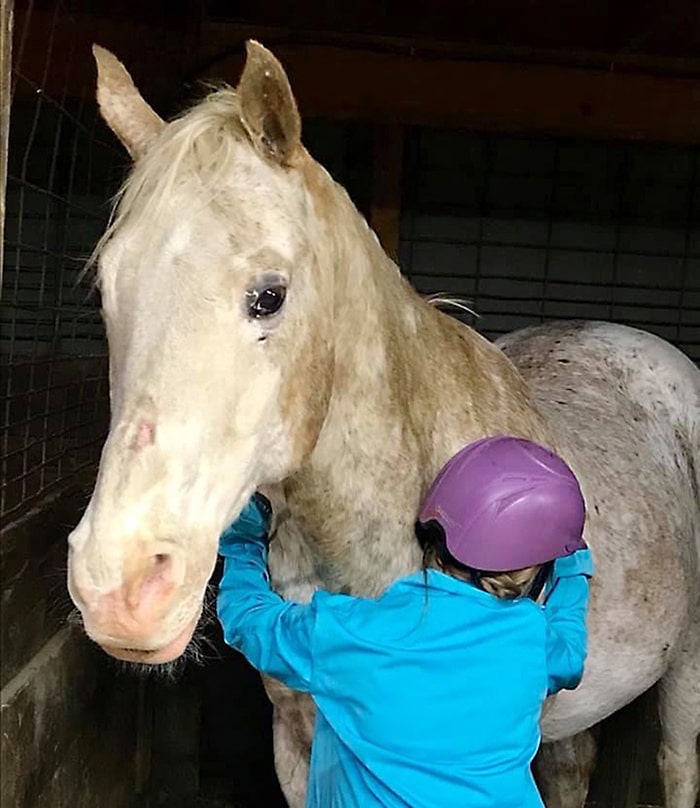 TJ Stables is “bleeding money like crazy” as they attempt to feed all their horses amid the COVID-19 related closures.

While most businesses are feeling the financial burden of all non-essential shutdowns, Terry Jenkins, owner of TJ Stables, is feeling amplified effects as she spends thousands of dollars a week caring for the animals that depend on her, with no steady source of income.

But Jenkins, who shut down her stables even before the government-mandated closures, is remaining positive and is encouraging people to follow directives until the virus settles down.

“Should I lose everything, and I pray that I don’t, it’s not worth one lost life. I don’t want a trace of anything back to my location. I want and need to be socially responsible to my community,” she said, citing a case in New Jersey where a horse trainer passed coronavirus on to three students. 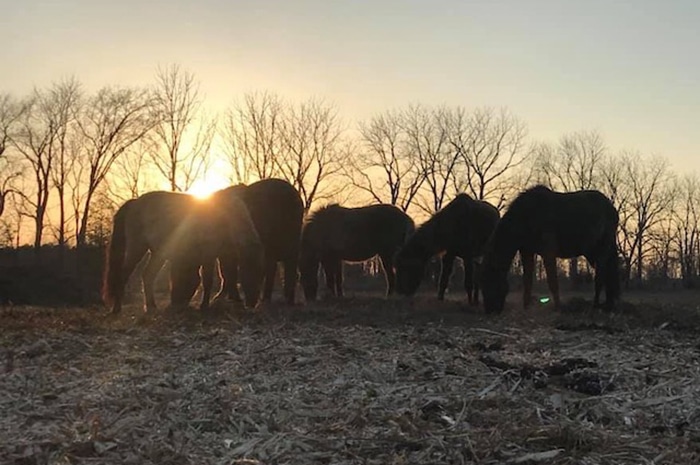 June school trips were cancelled and if the government-mandated closures remain in effect throughout the summer, camps will have to remain closed and potentially lose income from September festivals.

Jenkins predicts it will take a year after reopening to recover her losses before TJ Stables can start to make money that will sustain the business. As a result, she recently had to sell nine of her favourite saddle horses to private owners and is looking to sell three more.

“I wasn’t going to sell them but I had to reduce my feeding costs so I put the horses up for sale. It’s a better situation for them than living in a herd where they have to compete for the feed. But we miss them; they were our coworkers too,” she said.

Jenkins had to lay off some employees but kept a few to help out around the barn, adding another expense to her long list.

“We’re getting older and don’t have the same giddy-up as when we opened the business.”

There is no special funding or government assistance for businesses that are completely shut down but who still have animals to feed and employees to pay.

“For farmers that have livestock, nothing has really changed for them. But the equine industry is a cross between agriculture and tourism. So we fit into the category where we need people coming into our driveways to stay viable but we still have mouths to feed,” she explained.

Most heartbreaking for Jenkins was her Acceptional Riders program, for kids with special needs, being cancelled. Although considered and essential service, she does not have the support staff to carry it on right now.

Earlier in April, Prime Minister Justin Trudeau announced that they would give companies 100 per cent incentive to hire students. If TJ Stables were to qualify, Jenkins would be able to hire some of her usual summer students back.

“Our fingers are crossed for summer. We have a lot of things proposed for our summer camps. We will have to be inventive and creative to do smaller groups for a while. We are still in a vulnerable position, not just us but the whole country.”

If things turn around by summertime, Jenkins is planning to use her own personal horses and Spirit Horses for camp. Some younger horses will be graduating early and moved up to camp for the intermediate riders.

“We’re going to survive one way or another. TJ Stables will rise again,” Jenkins said. “We’re all in the same buck and shoot together and in for a wild ride. We’ll keep spurring until the eight-second whistle blows,” she said.

Despite the hardships, Jenkins is finding the silver lining, like she and her husband have the nice quiet farm all to themselves for a little while.

In April, one of her Ojibwa Spirit Horses, also known at Lac Lacroix Indigenous ponies, gave birth to a new foal. Four more Spirit Horses are due to give birth this summer.

The foal will be named by a Walpole elder, Jenkins said. The new addition to the stables is the first Spirit Horse to be born there.

The baby foal is outside so the community can watch him play and interact with his mom and aunty through the fence.

“We can still share what we have but just do it through it from a distance now,” she said.

Jenkins, who describes herself as a “Canadian cowgirl,” said that despite everything, she is really proud of each level of government’s response to the pandemic and to her community of Chatham-Kent for stepping to the plate to help one another out.

“We’re going to grab the bull by the horn and keep going,” Jenkins concluded. 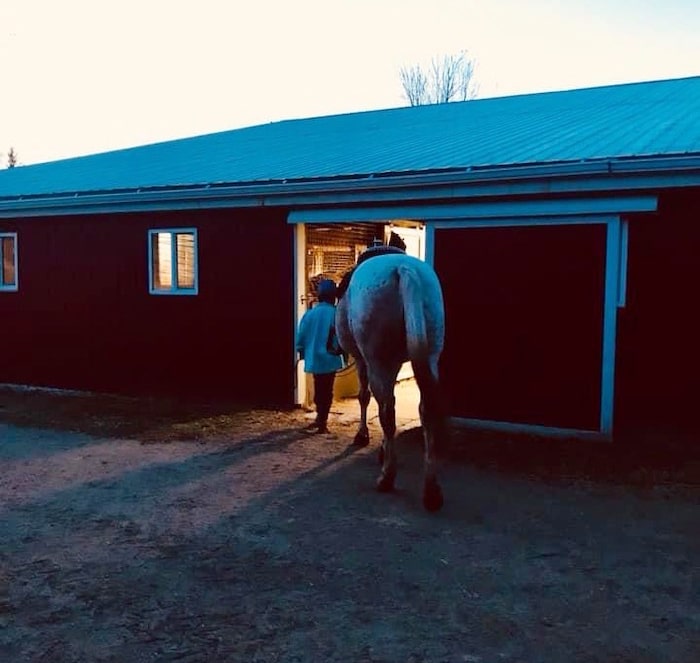