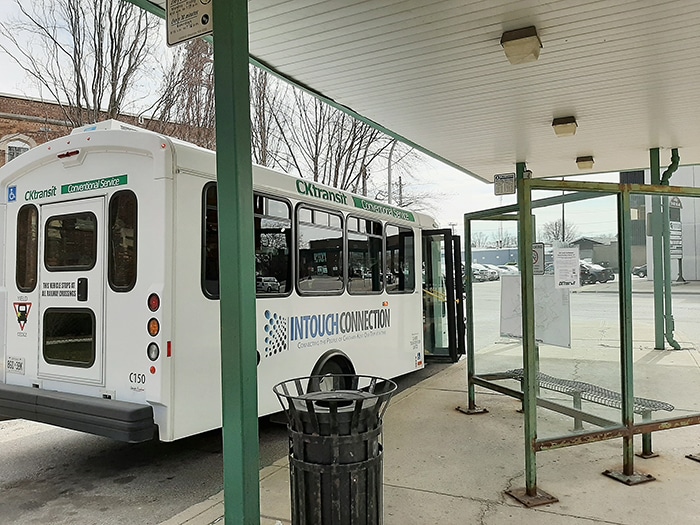 The Municipality of Chatham-Kent announced recently that CKTransit has been awarded a $3.6 million grant from federal and provincial funding for transit infrastructure projects.

The money will be spent on upgrades to the downtown terminal, purchasing new vehicles and adding additional bus shelters on the inter-urban routes.

Ann-Marie Millson manager, Linear Assets, Infrastructure and Engineering Services, said the specific stops which will receive shelters have not yet been decided.

The grant will also be used for information and technology enhancements. Millson said they are looking at adding more messaging boards and kiosks throughout the bus routes and will begin a data collection project to see where transit users are getting off the buses to better understand the most frequented locations.

CKTransit is also looking to develop on-demand software through a phone app and dispatch service that can pick up riders and drop them off at the locations closest to their destination points. The technology will also plan the most efficient route to get all the on-demand riders to their locations.

CKTransit was originally testing out the on-demand service through their new night service project which got suspended two days after it launched due to the COVID-19 pandemic.
Applications were submitted in May 2019 for the Public Transit stream of the “Investing in Canada Infrastructure Program” (ICIP). Millson gave a special thanks to the CK Transit Task Force team which she said was instrumental is identifying the community’s needs when it comes to their public transportation.

“Achieving this important milestone allows the Municipality of Chatham-Kent to proceed with projects designed to better serve our transit users and to improve public transportation services for the community,” Millson said.