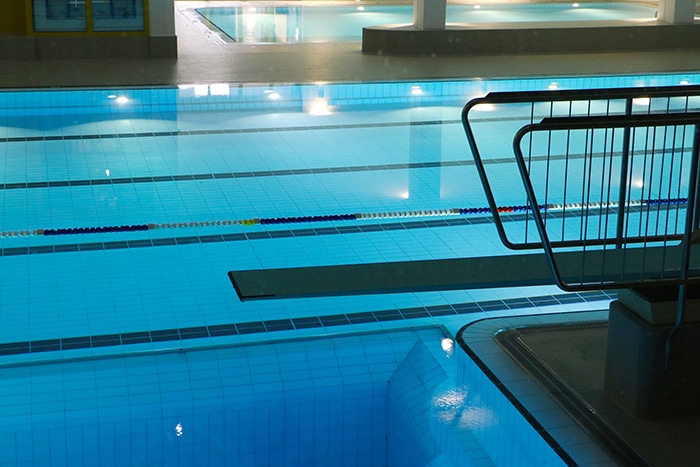 CKRecreation is looking to hear from Chatham-Kent residents on their swimming habits at municipal pools.

The municipal organization launched a survey recently to better understand community needs and opportunities when it comes to swimming and spending time at municipal pools.

“We want to hear from everyone, whether you’re a regular or an occasional user, and from people that don’t use municipal pools but have thoughts and ideas to share with us,” Ashley DeBoer, Supervisor, Aquatic Services, said.

The survey comes following a drop in attendance at the Wallaceburg pool, said David DeHoey, Marketing Co-ordinator, Recreation Services. In 2013, the municipality launched a survey specific to Wallaceburg and received great feedback. Now they want to follow-up and hear from all C-K residents on how they can change pool activity to keep up with new interests and needs.

“We got a good increase in Wallaceburg initially (after the 2013 survey),” DeHoey said. “But one thing we didn’t do was try to figure out how to attract new users.”

This time around the municipality wants to hear from all residents – users and non-users – about facility upgrades, changing room conditions, pool hours, and innovative swim programs they would like to see.

The Chatham Pool Sharks are hoping Chatham will get it’s own indoor pool, large enough to host meets, in the future, said Tiffany Thompson, parent liaison for the Sharks.

“We can’t hold very many or large meets right now. No one has a pool (public or private) large enough to host meets and we have limited access to indoor pools to host meets.”

Thompson said the ideal size for a pool is 50 meters and would require a minimum of 25-metres to host a meet.

The YMCA and indoor municipal pools either have no viewing areas or do not meet the size requirements.

The team hosts meets at the Holiday Inn, which has a 25-metre pool, however, Thompson said viewing is limited which poses an issue.

“The more people that come to swim meets means more money you can bring in for the community and the team. So the better,” she said.

Thompson hopes they can one day host swimmers from all over Ontario, but currently they can host three small teams at a time such as Blenheim or London.

The team currently swims at the YMCA eight to nine times a week for a minimum of 1.5 hours, with the purchases of a regular membership at no discount for the swim team members. Thompson said swimming at a municipal pool would most likely cost the same but they would be able to get better swimming times.

Swimmers with the Blenheim Blast, who use that community’s municipal pool, run their practices later in the day, after the school day has ended, said John Van Herk, head coach.

“(The City) is good to us for the most part. What I really like is how we function late in the day which is more conducive for kids practicing pools,” he said. “I think we are pretty lucky to have that sort of facility for a modest-sized village.”

Van Herk said the one change he would like to see is more collaboration between the Blast and the municipality in promoting the team after the municipality’s Learn-to-Swim programs are completed.

“Once the kids have that, they kind of stop. It would be nice if Blenheim captured some of those kids because it is a lost opportunity.”

The survey is open until March 28 and can be accessed online at www.chatham-kent.ca/swim. Survey respondents can enter a contest to win a six-month Family Membership.