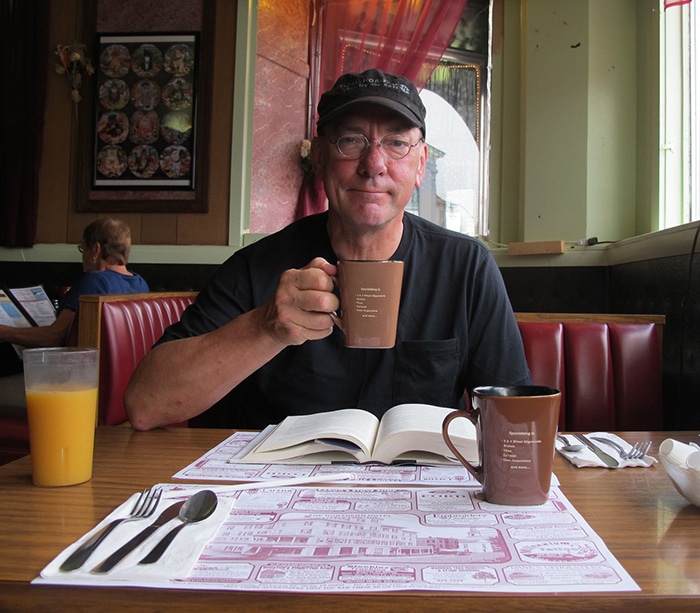 I normally write about family and local events in my column, but this week is a bit different. It’s about a man I never met and part of a trio I’d been a fan of for a good 45 years.

Arguably the best rock drummer on the planet, Peart passed away Jan. 10 after a quiet three-year battle with brain cancer.

That “quiet” is so Neil. Anything you watched about him, or read about his band, Rush, and you know he wasn’t a fan of the limelight.

Yes, he was incredible to watch and listen to on the drums, but he let band mates Geddy Lee and Alex Lifeson enjoy the spotlight when not performing.

He never understood fans wanting to track down musicians in their hotels while on the road. He once said he was a huge fan of late Who drummer Keith Moon, but wouldn’t dream of trying to find the guy’s hotel room (although when Keith was on tour, his room was likely the one with a hole instead of a door, as he was legendary for trashing accommodations).

I was a fan of Rush from their third album, Caress of Steel, on through Moving Pictures. The talent of all three musicians is off the charts.

How do just three people make such a full sound? When you have mega talents at each instrument, led by the mega percussionist in Peart, that’s how you do it.

Lee is incredible on bass and Lifeson never got full recognition for his magic on guitar – heck he was “stuck” playing beside those two guys, so the on-stage comparison is just plain unfair.

Through all my years as a fan, I never saw Rush in concert…until 2010. Talent shines best in a live setting.

I must thank Trevor Terfloth for helping me see them back in 2010 when we worked together at The Chatham Daily News. He was a “new” Rush fan (to me, anything after Moving Pictures, is “new”), while I loved the old Rush. We sort of encouraged each other to catch them at Bayfest in Sarnia.

No opening act for the evening. Just two sets of Rush. It was the 30th anniversary tour for the release of Moving Pictures, so they played the entire album.

I warned Terfloth about certain tunes on the playlist as to how they were likely to blow him away, and they certainly did.

Heck, I’d heard these songs countless times, but to see them performed live, and with such intricacy, was indeed mind blowing.

There are good musicians, and then there are guys such as Neil Peart. Some people hate playing their biggest hits night after night, but Peart once said of the iconic “Tom Sawyer” that he loved playing it because it was so challenging for him as a drummer to nail it each time, and he felt good when he did.

He retired in 2015. Rush is no more. Never will be, as when he went on hiatus in 1998 after the death of his first wife, Lee and Lifeson said they just put the band on the shelf, as without Peart there is no Rush.

Fortunately, he will live on in vinyl, on CD and digitally.

Take the time to track down a couple of Rush tunes on YouTube if you have never heard them play. “La Villa Strangiato” would be my first recommendation. Or pick songs at random. Just experience Neil Peart and his band mates.