Star power for Voices In The Wind

Dec 11 • Arts, Feature Story • No Comments on Star power for Voices In The Wind 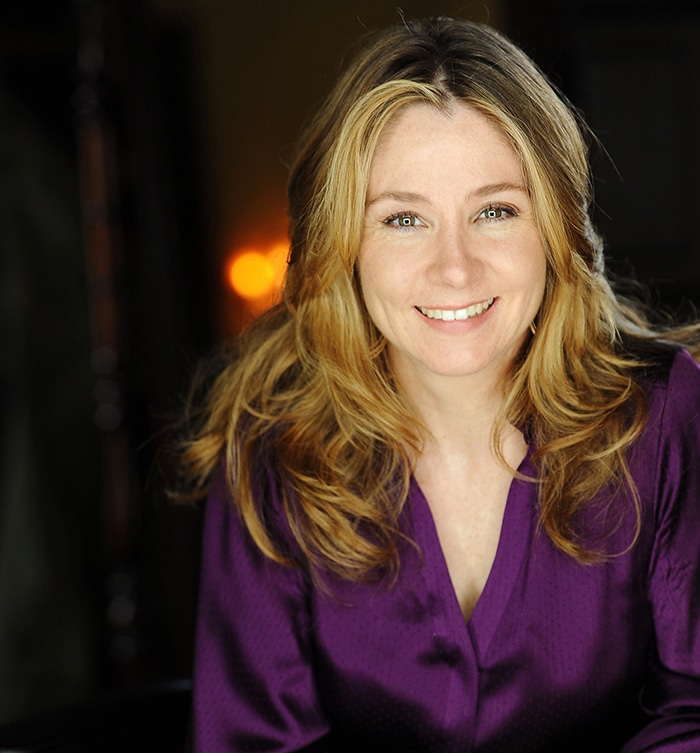 Award-winning actor and the face of Anne of Green Gables, Megan Follows, has signed on to narrate Voices In The Wind Audio Theatre’s audio adaptation of another Lucy Maud Montgomery classic, Emily of New Moon.

It’s only fitting that Megan Follows, the “Anne” of Anne of Green Gables, lends her voice to Voices In The Wind’s latest production.

Follows starred in the TV mini-series of that book, and of several that followed.

David Farquhar, the creator of Voices In The Wind, said seeking Follows for the reading just made sense.

“This is something. I remember watching her in the original Anne of Green Gables. To think we were able to get her is really incredible,” he said. “I’m very excited to be working with Megan. This takes everything to the next level. And I’m just doing it right here in Chatham-Kent.”

The award-winning Follows has worked with the likes of Kirk Douglas, Colleen Dewhurst and Jason Robards.

Farquhar said the past three months have been busy as he’s worked to set everything up for this production.

It all began by accident.

“I was on the Internet one night. Basically the site I was on was showing me what was coming into the public domain. I saw Emily of New Moon was coming. And I thought this would be very interesting,” he said.

Initially, he wasn’t sure if Voices would proceed with the production as a full-cast audio theatre, something they are known for in the audio industry, or if they would opt for a single narrator for an audiobook.

“That’s when the wheels started churning and I spoke with my cohorts,” Farquhar said. “So we settled on an audio adaptation with background music and effects. Who could we get to voice it? Who else but Megan Follows?”

Blackstone Publishing, Voices’ publishing group, liked the idea of doing the audiobook and Farquhar said he approached a casting organization in Montreal that helped work out a contract with Follows’ agent.

“Getting someone with the stature and talent of Megan is the reward for all that hard work,” he said.

While he works from Chatham, finding a spot for Follows to do the reading wasn’t a simple process, as she now lives in Los Angeles. Farquhar said he started with Blackstone, who in turn connected him with Amy Rubinate, who runs Mosaic Audio in Van Nuys, Calif.

“I asked if we needed to find a studio in Los Angeles and Blackstone was able to get me through to Amy. It turns out one of her favourite books growing up was Emily of New Moon.”

Farquhar said Rubinate’s studio works with a variety of actors in the L.A. area and she now looks forward to working with Follows.

Farquhar said based on Follows’ availability, it appears the recordings will take place in March or April and the release is scheduled for the middle of the summer of 2020.

If all goes well with this audiobook, Farquhar said he foresees working with Follows in the future.

“I also have it set up in the contract where Megan has first right of refusal of the other two books in the series,” Farquhar said. “I think we’ll get some fairly good traction with Lucy Maud Montgomery’s name and with Megan being the narrator.”

Connecting with Rubinate and Mosaic Audio has worked out well, Farquhar said.

“She’s looking forward to working with us. She has all these great talented people if we ever want to do anything further,” he said.

Down the road, Farquhar said he is exploring is a full-cast audio theatre performance of Anne of Green Gables.

“We’re thinking we may take a look at doing that. Of course, we’d go back to Megan to have her be the part of Anne,” he said. “Amy said she has people who would love to work on that too. That is pretty cool.”

And it all has happened with Voices centred in Chatham.

Farquhar stressed with technology today, the location of a home base for a business such as his is entirely up to the owner. You aren’t stuck in a large city if you don’t want to be.

“I work with the folks in Toronto and I don’t have to live there,” he said. “Anybody who says you have to go to Toronto to get things done, that’s not necessarily the case anymore. There are some people outside of Toronto who do some pretty good work.”

And that includes Voices.

“It’s affirming to know that agencies in Toronto are now willing to work with Voices In The Wind Audio Theatre. It’s a testament to the quality of work we’re doing,” Farquhar said.

« Police briefs C-K to get an Ontario Health Team »