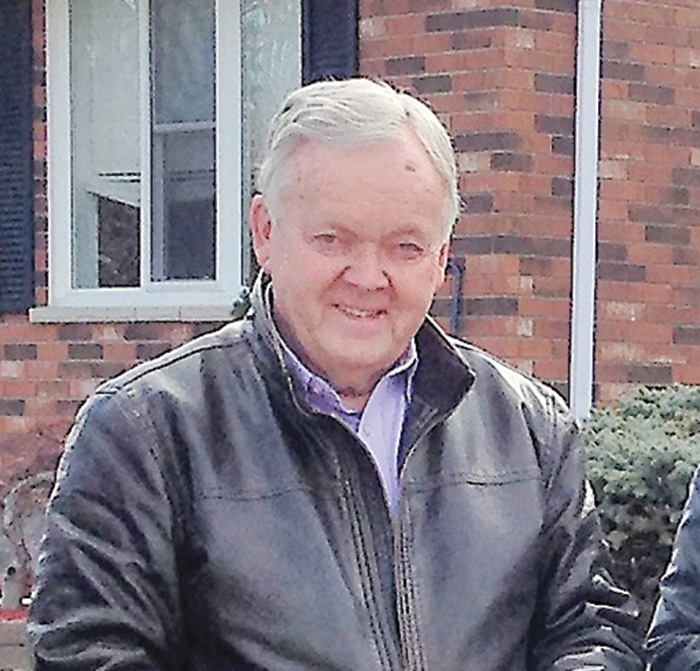 Chatham lost a really decent fellow recently in Ed Koke, one of the founders of Maple City Business Solutions.

He passed away at the hospice, surrounded by family.

Ed and brother Keith started a business, Maple City Typewriter, back in 1960, from out of a garage. They expanded into cash registers, adding machines, furniture and supplies.

In the 1970s, they became a distributor for Canon photocopy machines and quickly followed suit with fax machines.

The late 1980s saw the birth of MicroAge Computers. They have since expanded from a computer sales group to an integral IT firm for many a local business.

Today, Ed and Keith’s “garage company” has offices in Windsor and Sarnia.

We do business with MC Business Solutions and MicroAge; we have since Day One at The Voice.

People such as Ed and Keith Koke and Wally Romansky believe in supporting the community in which they reside and work. From charity groups, schools and service clubs, these gentlemen are involved with vested interests.

These are the types of people we like to be involved with in terms of working relationships.

Why? Apart from the top-notch support we’ve received from staff at MicroAge and MC Business Solutions over the years, it’s because of people such as Ed. When we were set to move our office to our current Sass Road location from our former spot on Dover Street, I was ready to rent a cube van. Ed and I crossed paths at a public event and he immediately volunteered his personnel to move our printer/copier, and said there was no need to us to rent a vehicle.

He loaned us one of his for the day.

That’s the kind of guy Ed was. You need something? Done. Got a problem? Fixed.

The loss of Ed Koke leaves a void in Chatham-Kent. He will be missed by many. 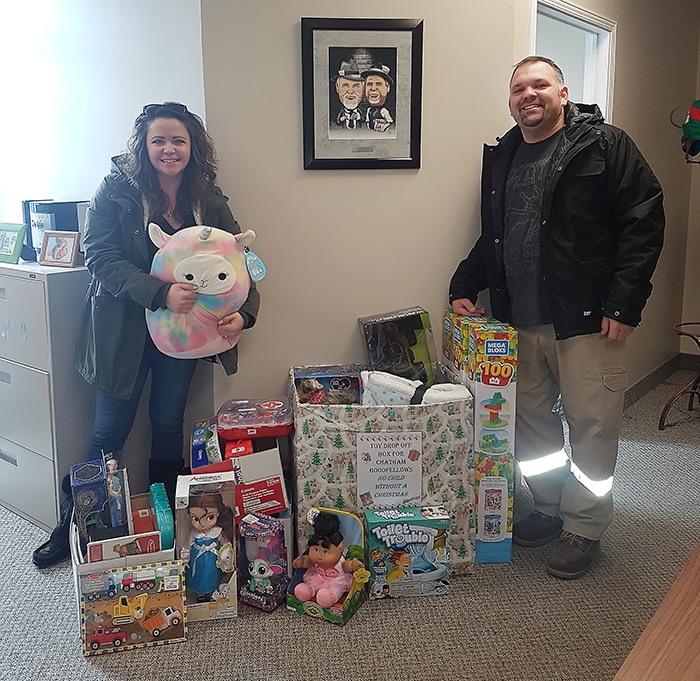 Beth Blair and Mike Bruette of Entegrus drop off a whack of toys donated by Entegrus staff to The Chatham Voice recently. The Voice served as one of several drop-off locations for The Chatham Goodfellows.

The Chatham Goodfellows’ toy packing takes place this week. In fact, it’s likely well underway or even over by the time you read this. They are that organized.

On Friday, we sent Goodfellows head honcho Tim Haskell on his way with an SUV full of toys.

Each year, we volunteer to serve as a drop-off location for toys for Goodfellows. As of Thursday morning, I feared we would only have a few toys to offer up to them this year, but the good folks at Entegrus held an internal collection, and two staffers, Beth and Mike, popped by with a whack of toys.

I returned to the office early in the afternoon to see the big Goodfellows box full, and there were toys stacked all around it.

I e-mailed the Goodfellows’ Tim Mifflin to say we had a great donation waiting for them. Just as I hit “Send,” in walked a kindly couple to drop off nine more shopping bags full of toys.

I had to update Mifflin with the good news and he in turn notified Haskell, who was all smiles Friday as he stopped by to take the toys to the packing location on Leeson Drive.

Thanks to everyone who donated this year!

Picture three teenaged girls doing homework around our kitchen table one evening. They look up to see our cat, Finn, at the back patio door, looking inside.

Only, he’s got something in his mouth, something almost as big as he is.

And then imagine the screaming as the three girls realize our cat has a bunny in his mouth!

Not a stuffed animal, but an actual rabbit. Finn brought the rabbit up to the door to show it off.

“Look what I caught!”

The girls were not impressed.

Mary Beth responded to the commotion and tore outside to make Finn drop his toy, as the rabbit was still very much alive. Finn just had it by the scruff of its neck.

At this moment I pictured Mary, doing her impression of Granny from Looney Tunes, making Sylvester (Finn) drop Tweety (the bunny).

Finn let go, but as the bunny tore off into the backyard, so did Finn.

He caught it again, despite the verbal admonishments from the teens and Mary Beth. This time, Finn took off into the front yard and disappeared into the night with his prize.

We don’t know if the rabbit got away, but I have a feeling if it didn’t die of a heart attack, it eventually escaped, as Finn didn’t catch the critter because the cat was hungry. It was predatory instinct and the love of the chase, the way Mary Beth described it.

The rabbit was booking it around our yard, and our cat showed he has speed to burn too.

Finn came indoors shortly thereafter to a cold welcome from the ladies in the house, so he wound up curling up in my lap. I showed him indifference, understanding a cat’s gotta do what a cat’s gotta do.