CKHA rolls out its flu-shot cart 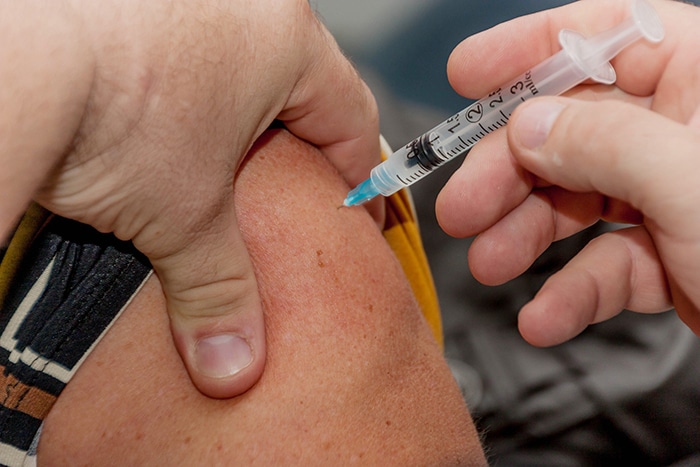 Image by LuAnn Hunt from Pixabay

The vaccination cart is rolling down the halls at the Chatham-Kent Health Alliance again.

In an effort to make it as easy as possible for staff to receive a flu shot, the cart rolls from department to department offering vaccinations to staff at work.

So far, Lori Marshall, president and CEO of CKHA, said about half of staff and physicians at the alliance have had a shot this year.

Marshall said the CKHA typically sees between 50 per cent and 60 per cent of staff receive a flu shot each year.

“It’s something I think most health professionals would say they have a responsibility to do. We need to recognize that some people are allergic to some of the components that are in the vaccine,” she said. “Everyone understands that if they choose not to be vaccinated and if we are in an outbreak, there will be some different precautions they will have to take.”

That could include other forms of medication, she said.

Marshall encourages everyone to get vaccinated and to think before stepping on hospital property.

“We recommend everyone get their flu shots and to be focused on hand hygiene,” she said. “If you are not feeling well, then now is not the best time to come and visit friends and family that are in hospital. This is about protecting our families and the people who are most vulnerable – and that’s people staying in hospital.”

« PSW open house set for Dec. 5 Fish kill in municipal drains due to lack of oxygen »