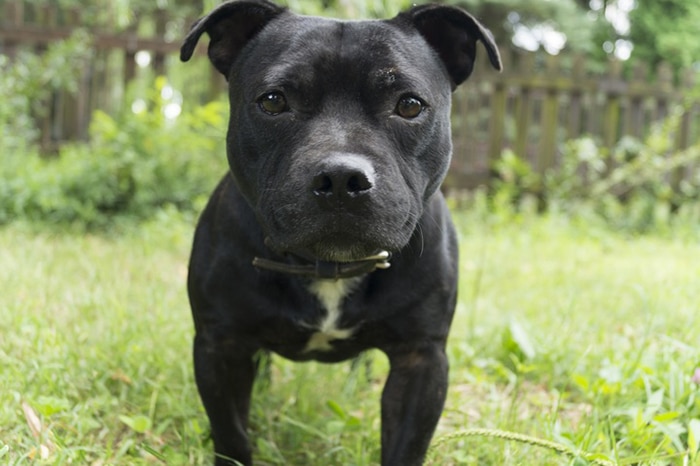 The Private Members Bill from MPP Rick Nicholls to lift the ban on ownership of pit bull breed dogs is one that, if done right and properly combined with the Provincial Animal Welfare Services Act, may just keep everyone safer from life-threatening dog attacks.

The argument that owners are the issue, not the breed of dog, is mostly a correct one. If dogs weren’t trained to attack, people and other animals wouldn’t be in any danger. Any breed, however, can bite when scared or provoked.

The main problem, however, is that there are bad animal owners out there and how do we stop large-breed dogs that can kill when they attack from falling into hands of the wrong owners? Stronger laws and regulations about who can own pit bulls, German shepherds, Dobermans, Rottweilers and other breeds that can kill or severely maim people could be a consideration, as well as mandatory training for dog and owner.

When a small breed dog nips or bites, it usually doesn’t involve life-threatening injuries, but if any dog has a history of biting, mandatory muzzle laws when outdoors should be in effect.

What is worrisome about lifting the ban and punishing owners after a tragedy strikes is that a hefty fine is no consolation to the victim of the dog attack or their family. And when a large dog, like a pit bull or Rottweiler, attacks, they clamp their jaws and it is difficult to get them to disengage from their victim.

Ask any victim who has been severely maimed or families of children whose child died from a dog attack, and they will tell you lifting the ban scares them. Punishment after the crime, instead of a preventative approach will not make anyone feel safer.

When this bill goes to committee for discussion and regulations are drafted, there needs to be protection of the public with mandatory muzzle laws and training, which ensures good dog owners are not punished and bad owners are forced to comply with the law or give up their dogs for adoption.

Any breed of dog can bite when scared or provoked or trained to do so, and the public needs to feel safe. With stricter laws and regulations, more resources for investigation and apprehension will be needed for animal control so tragedies can be avoided.