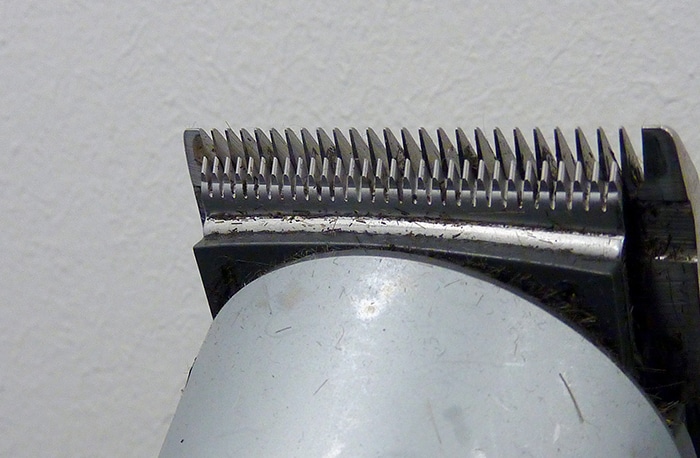 So, it’s a Friday morning. I’m wiping sleep from my eyes and manage to run my electric shaver over my stubble.

A look in the mirror reveals a bleary-eyed, middle-aged man whose goatee is in bad need of a trim.

No problem. Out comes the rechargeable beard trimmer. These things are items many a bearded man relies on to keep them nicely groomed.

OK, one problem, as I said, my goatee was in dire need of a trim. I tend to let it get a little long before trimming it back close to the chin skin.

My first delay on trimming it outright is to just get the long hairs of the moustache off my upper lip. That always bugs me.

And it seems I regularly think about letting it grow a bit longer. And then I can’t take it and have to trim it back.

This time when I fired up the trimmer, I got less than one swipe from under my chin to under below my soul patch before the trimmer stopped.

Sure, there’s a lot of hair in the trimmer, but, man, the battery was dead!

That’s not the look I was going for – a tightly cropped stripe down the middle of my goatee.

Fortunately, after clearing out the hair from the trimmer, I could give it a couple of quick, light passes to blend the area in with the longer sections on either side before it died.

I must remember to charge that thing on a regular basis, and trim on weekend. That way, if I mess up again, chances are I can wait, recharge and finish the job before going out in public.

Next time, I will also look for a corded trimmer. I don’t need a rechargeable. I just need one that works when I want it to, and one that is ready to go despite my forgetfulness.

Finn, our cat is a sly one. He will wage mental war on me when I am at my weakest – when I am exhausted.

On a recent weekend, we returned home after hanging out with friends. Normally, after being shut inside for a while, the cat flies out of our house to enjoy the outdoors. This time, we apparently woke the dude up at 1 a.m.

So much for being a nocturnal creature, right?

But wait for it.

Our daughter topped up the little guy’s food and called it a night. My wife followed shortly thereafter.

I retired to the basement to doze off in the recliner.

Finn followed. I figured he’d join me in slumber. Instead, he face butted me with reckless abandon, to ensure I was awake. Then he proceeded to loudly clean himself in my lap, constantly licking and jostling.

When he was done, he went up the stairs. Just as I was starting to doze off, he meowed loudly at the top of the stairs, and wouldn’t stop.

I figured he wanted out, so I opened the side door.

Finn just stared out into the darkness. It had started to rain lightly, and it appeared he wanted no part of it.

Ugh. It was now after 2 a.m. I closed the door and headed off to bed. Finn, in the meantime, went back to his food.

Before I could lie down, he was back at it, meowing at the top of his lungs.

I showed him the door again, and was ready to toss his butt out into the night. He must have sensed this, as he sauntered off at his own pace.

It’s not fair. He plays mind games with me when I’m half asleep. It sucks being outsmarted by a darned cat.