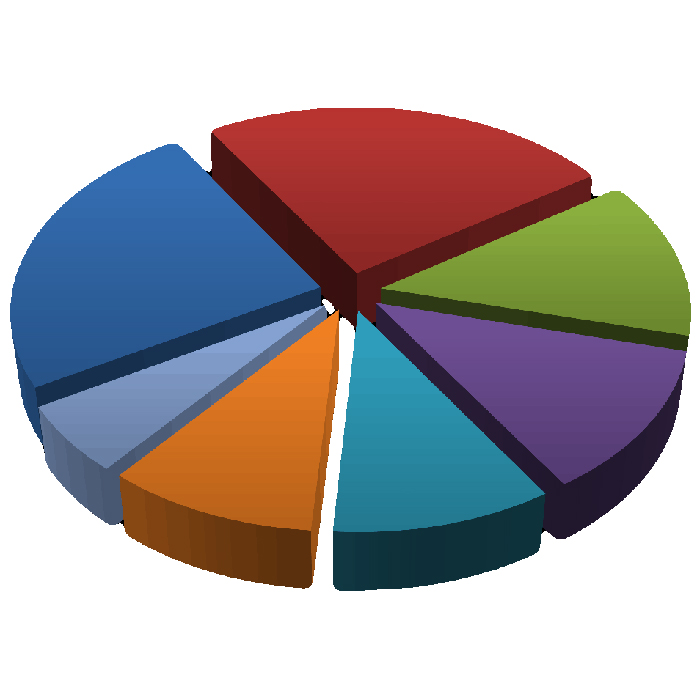 Chatham-Kent council’s starting point for this year’s budget process is 2.27 per cent.

The budget committee of council met Jan. 17 to examine the draft budget put forward by administration.

If no changes were to be made over the deliberation process, the 2.27-per-cent increase would equate to an increase on the property taxes of an average home of $64 a year, or $1.25 a week, less than the price of a small coffee.

But there are municipal open houses slated for next week, followed by the budget deliberation process.

The municipality’s revenues last year totaled more than $302 million, half of which come from property taxes.

Budget chairman Derek Robertson said the starting point is higher than last year’s start and finish points, which were both 1.96 per cent. He credited the proposed hike this year to two areas.

“Most of this increase is due to the impact of Bill 148 and infrastructure,” he said. “We’ve improved on our roads, bridges and other infrastructure at a far greater rate than in the past.”

In fact, infrastructure spending comprises 44 per cent of the proposed increase, representing a one-per-cent increase in taxes on its own. Added to that is $550,000 in spending tied directly to bridge infrastructure.

Don Shropshire, CAO for the municipality, added the stresses on the municipal budget from an infrastructure perspective cannot be understated.

Nine per cent of overall taxes collected go to a municipality, but we are responsible for more than 50 per cent of the infrastructure,” he said.

In regard to Bill 148, the Ontario Legislature’s Fair Workplaces, Better Jobs Act, municipal officials said it brings an $830,000 impact to the budget.

Nearly $303,000 of the impact comes from hikes in minimum wage, but Mike Turner, chief financial officer for the municipality, said that number is to be offset by cutting base budget operation costs, increasing user fees, trimming personnel and implementing area-rated tax increases for horticulture.

The other impact of Bill 148, including equal pay for equal work, increases for part time vacation pay, top up for parental leave, personal emergency leave days, etc., is estimated to cost the municipality about $534,000 annually, Turner said.

Other impacts to the budget include commitments to provide funding for the new Children’s Treatment Centre of Chatham-Kent – to be built on McNaughton Avenue – as well as the traffic lights in Charing Cross.

Good news coming from the province is that the municipality will see an increase in the Ontario Municipal Partnership Funding this year to the tune of $937,000. That brings the 2018 OMPF grant to nearly $21 million. Gord Quinton, director of budget and performance services said going forward, that funding level should be sustained.

The budget committee heard from a couple of deputations Jan. 17 as well. One of which came from the Four Counties Health Services Foundation out of Newbury.

Representatives asked council to consider giving the hospital $100,000 towards a new endoscopy unit.

Stephane Oullet, vice president of senior partnerships with Four Counties, said 37 per cent of the patients serviced by the unit in 2017 were from Chatham-Kent.

In fact, a great deal of hospital traffic came from this municipality, he added. Of the 358 admissions to Four Counties last year, 94 came from Chatham-Kent. Our citizens made up 41 per cent of the ER visits and 37 per cent of ambulatory care visits.

Robertson was surprised the hospital administration would come to Chatham-Kent seeking funding assistance.

“We send an awful lot of people for specialized treatments to Windsor and London. And we haven’t heard from them for capital requests,” he said.

Quinton said the municipality has no history of supporting hospital equipment requests, but rather has donated towards bricks and mortar projects.

Bob Laidlaw addressed the budget committee on behalf of the group that looks after Veterans Tribute Garden on Thames Street in Chatham. The group is looking for funding assistance in erecting a bronze and stainless steel sculpture in the park to honour local veterans.

“The garden recognizes all heroes, including Canadians who served in Vietnam,” he said. “Our garden fulfills a slightly different mandate than the cenotaph. We honour those who went, those who fell and those who came back broken.”

The budget committee will not begin acting on any requests until deliberations begin Jan. 30.

Robertson declined to predict how long he thinks the budget deliberations could go, but he has faith in council.

“I’m optimistic that the budget committee will deliberate responsibly and land in the right place to meet the service needs of Chatham-Kent,” he said.

This marks Robertson’s fourth and final year as chair of the budget committee. In fact, he is not seeking re-election in the fall.

“I’ve enjoyed the budget process. I think we’ve had pretty responsible approaches during the course of this term,” he said. “We’ve had the lowest budget increases overall in the past three years. We’ve taken a very responsible approach, yet met the needs of the community. And we haven’t seen mass closures of assets.”

Regardless of the number council eventually settles upon, Robertson knows some people will not be happy.

“People will always complain about taxes. It’s inevitable. But when you really take a look at the area we need to service, it’s not reasonable to make some of the comparisons that we make,” he said of people comparing property tax rates here to other nearby municipalities, ones with higher population densities. “Our tax rate is high compared to the affordability of lifestyles in Chatham-Kent, but when we have 2,500 kilometres of roads and five per cent of all the bridges in Ontario, it’s a challenge. Windsor, London and Sarnia don’t have those challenges.”

Shropshire used the city of Guelph as an example of how similar, and how different Chatham-Kent is.

“Guelph has a similar population to Chatham-Kent, but all of their population is contained to an area the size of Chatham,” he said. “We have to be very, very efficient in our delivery of services. We have significant infrastructure assets that have to be maintained.”

The open house portion of the budget process takes place next week. Each session takes place from 4:30 p.m. to 6 p.m., with a brief presentation slated at each for 5 p.m.