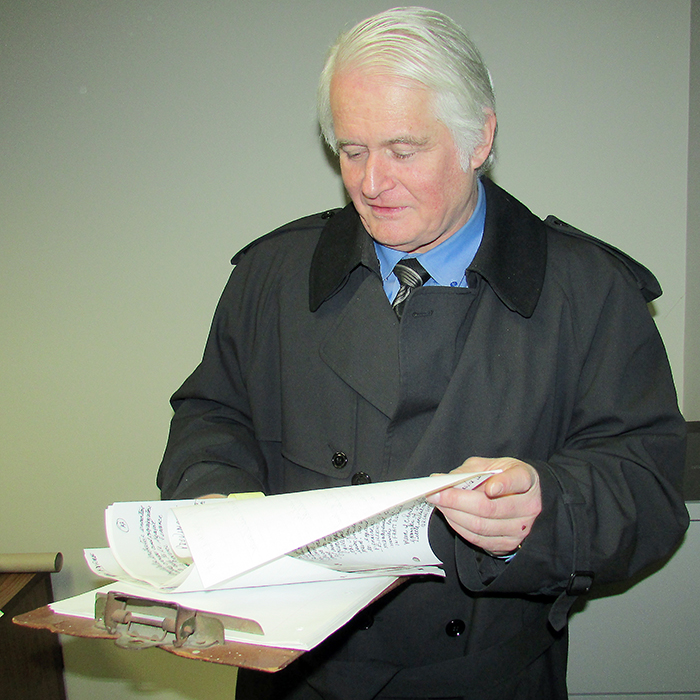 The Municipality of Chatham-Kent talks a good game about open and transparent government, but one local resident would beg to differ with a Notice of Inquiry pending with the office of Information and Privacy Commissioner (IPC).

Local businessman John Cryderman is constantly asking the municipality for its raw budget data regarding decisions made on items like the John Bradley Centre, the Chatham Capitol Theatre and most recently the costing behind the three options for a merged fire/EMS service for Chatham-Kent.

The EMS/fire costing FOI appeal has reached the Notice of Inquiry stage, which Cryderman said is when the Ontario Privacy Commissioner finds valid reasons for the appeal.

First brought to council in May, 2016 by then Fire Chief Ken Stuebing to develop a service sustainability review process (SSRP), the review gave three options (A, B and C), including one to amalgamate the Fire/EMS services under one umbrella (C). In the report to council, it was noted that “a comprehensive cost analysis” was done, however, only the final numbers were given in the public report.

Council ultimately went with option A to contract EMS services with Medavie, going against the municipal administration recommendation for a fully blended fire/EMS service, which was approximately $2 million below option A.

Cryderman, who wanted to know how the service review came up with the final numbers, asked for the costing data leading up to the numbers given in the report, data he said councilors weren’t given.

In a back and forth with the municipality, he filed an FOI request for “financial details to costings of proposals A, B and C, the three proposed alternatives to amalgamating service costs for EMS/fire, whereby the financial and projected financial details were never released to the public and to council.”

“The municipality has failed to disclose to taxpayers, information on how they reached the end results for option A, B and C, a pattern already established through the action of the city, contrary to Chatham-Kent statements that they are transparent and accountable,” Cryderman said. “Actions certainly describe otherwise.”

The municipality’s response to an appeal by Cryderman to the FOI Commissioner was a 15-page document that states they have given every piece of information that doesn’t reveal third party information (EMS), “valuable financial and labour relations information for both the municipality and Medavie,” “trade secret” information in option C, and other matters related to management of personnel.

“The amount of time and resources the municipality is spending not to disclose information that is taxpayer owned; fighting a constituent, it’s a clear case they are not practicing what they preach. The public has a right to know how their tax dollars are being spent,” Cryderman stated.

He said there are five people working full or part-time on FOI requests which should be available and “cannot lawfully be kept from the public. The public owns city hall, city hall does not own the public.”

While his requests for information from the municipality can be viewed as tiresome or combative by staff or members of the public, Cryderman said he is not pitting himself against city hall; he simply wants to see them be open and accountable, and getting the best bang for the buck out of taxpayer’s money.

“I’m trying to get them to come around to work to the benefit of the public purse,” he noted.

Cryderman added that he, in the past, as an employee being paid by public dollars, “didn’t act in a manner that would have been for the best overall benefit for the taxpayer” and making up for that drives him now to push the municipality to spend dollars wisely and with full disclosure to the public.

There are many FOI requests he is currently working on, including the raw data (expenses) that make up the 2017 budget report, something he said he hasn’t been given access to in full. He also has FOIs in the works about expenses for municipal vehicles and how they are used by staff, and police financial expenses not explained in the budget.

He believes there are savings that can be found if council was actually privy to all the expenses in each department, instead of just what staff shows them, and he would like to see that used to get down to a zero per cent tax increase.