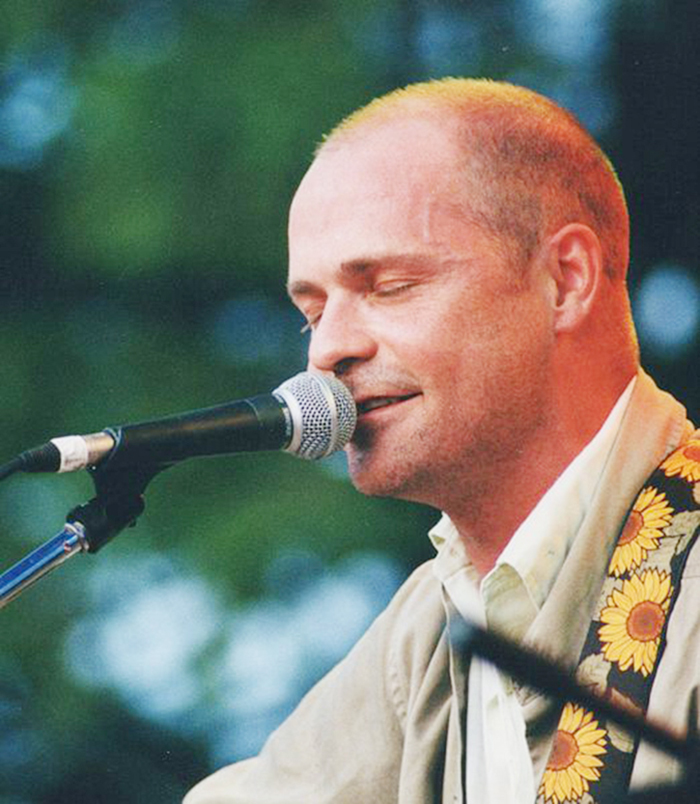 Rest in peace, Gord Downie, the nation will miss you.

For those of you who don’t know, and there might be a few of you, Downie was the lead singer of iconic Canadian rock band The Tragically Hip. He passed away last week due to brain cancer.

He went public with the fact he had inoperable cancer early last year and then he and his fellow band members embarked on a limited venue cross-country tour last summer as his fond farewell to their fans.

He poured his heart out each night, emotionally connecting with fans across the nation one final time. The last concert on the tour, in The Hip’s hometown of Kingston, was televised across the nation.

I never met Gord Downie, but if I had a list of five people I’d love to have spent an afternoon chatting with over a beer, he’d have been high up on that list.

The man was an incredible songwriter and a one-of-a-kind performer. His voice was as unique as his on-stage undulations.

His live performances were just that, performances – more than just the vocalization of his lyrics. At times, they seemed more like a live poetry reading to music. He’d also often interject dialogue.

When I first heard The Tragically Hip in the late 1980s, I admit I wasn’t a fan. Downie’s vocals held me back.

But the band’s music, and lyrics, pulled me in. It was their 1991 Road Apples album that did it.

This is a band that proudly wrapped itself up in the Canadian flag. It was wildly successful here, as for two decades, every album The Hip released was at least a platinum seller in Canada.

South of the border, the reception was lukewarm at best, although they did play Woodstock ’99.

The Tragically Hip, and Gord Downie, were ours.

Then again, their songs were written for Canadians. With lyrics such as 50 Mission Cap’s discussion of former Toronto Maple Leaf Bill Barilko, who, in 1951, fired home a Stanley Cup winning goal, only to disappear on the return leg of a fly-in fishing trip that same year. His disappearance was a mystery that lasted 11 years, as long at the then-drought for the Leafs between Stanley Cups.

Or 38 Years Old revolving around a prison break in Kingston, and why one of the inmates was in there.

Or Bobcaygeon, mentioning a small cottage-country community to the point of giving it national prominence.

“The place of honour that Mr. Downie occupies in Canada’s national imagination has no parallel in the United States. Imagine Bruce Springsteen, Bob Dylan and Michael Stipe combined into one sensitive, oblique poet-philosopher, and you’re getting close.”

Downie’s death left our prime minister – and much of the country – in tears.

Gord Downie was just 53 when he passed away, the same age as yours truly.

I’ve unfortunately grown used to icons passing away – it happens as you age. But the ones who die too young are the ones that impact you the most emotionally.

Downie has a place beside Canadian comedians John Candy and Phil Hartman, and U.S. rock legend Tom Petty, who also passed away this past month, as folks who left me with the “awww, crap” feeling after hearing news of their deaths.

To say my truck’s stereo has been playing a lot of Tom Petty & The Heartbreakers and The Tragically Hip this month would be an understatement. To the people in South Kent I drive by on Thursdays, sorry about the loud music, but thanks to the warm fall weather and the need for high-volume remembrance, that’s just how it unfolded.

As mortal as the news of Gord Downie’s passing made me feel last week, my actions revolving our cat have me feeling downright old.

I have no patience for the little guy when he needs it from me.

For example, it was time for a nail trim on the weekend for Finn, the cat, and I picked him up so my daughter could snip away at his front claws. He became a bit fidgety, and as I tried to corral him, he sensed my rising anger and it only elevated his unease.

Next thing I know, as he tried to get free, he clawed me in the face, drawing a little blood.

My wife, reading my body language, calmly walked over and demanded the cat. Rather than me yelling at him and only escalating his unease, she and our kid finished the task while Mary calmed the little guy down too.

I don’t have the patience for such feline antics, I guess. I’m no cat whisperer.

My daughter has seen my response to the cat at times, and quickly – and we’re talking about a teenager here (they rarely move quickly for much of anything) – moves in to grab Finn and calm him down when he’s being a jerk.

She’s heard me bellow at the cat before and doesn’t think it helps the cat understand what I want.

I guess I’m not learning how to communicate with the cat either. Meh.

I do find the little guy really cute at times. But I truly have to wonder why so many people in society put up with all the crap felines dish out just for a periodic cuddle from a fur ball.

Our previous cat many years ago had a unique personality, as does Finn. But Archie seemed to think he was part cat, part dog and part human. Finn is all selfish cat.

Of course, this has nothing to do with me being a grumpy middle-aged man. Nothing at all.