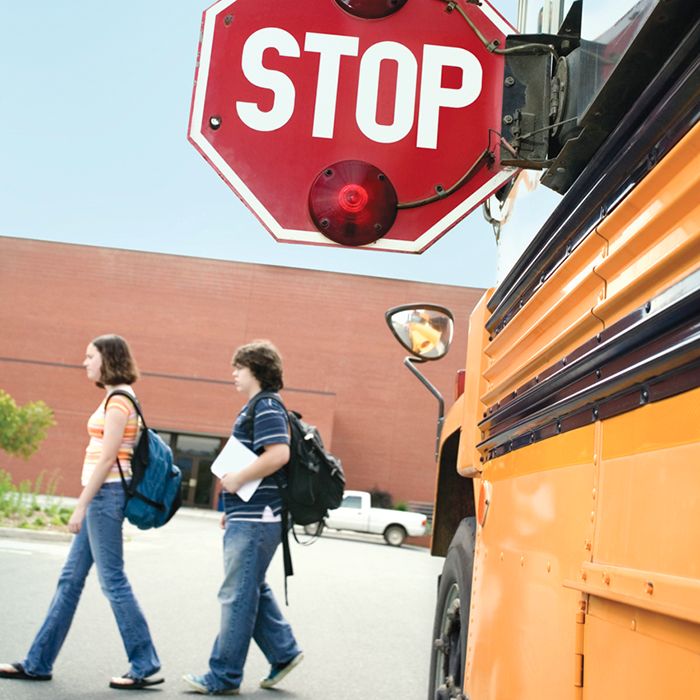 We’re afraid it is going to take a tragedy before Chatham-Kent drivers wise up and start paying attention to the road in front of them.

A Riverview Line mom and grandmother have lived in fear that the people abusing the posted speed limit of 80 km per hr., and that includes semi trucks, were going to be a problem for the buses dropping off and picking up kids.

Just last week, after police had already handed out 10 tickets in one hour to speeders, three cars zipped past the stopped bus with arm out and lights flashing that picks up a four-year-old boy. Thankfully, no one was hurt, but because the stunned mom didn’t get the license plate of any of the vehicles, the police can’t do anything.

It is time for the government to stop stalling Chatham-Kent Essex MPP Rick Nicholls’ private members bill that calls for cameras on buses to nab people who pass stopped buses while the lights are flashing. It’s time the safety of children and their parents takes precedence over partisan politics.

Nicholls has done all the research. Pilot projects that tested the technology were done this past spring. There is no reason for the government to be dragging its collective feet over what should be a no-brainer bill that increases public safety.

If the government ego is so big that it can’t support Nicholls’ bill, then by all means, put out a government bill, but do something besides sitting back and watching all the close calls, waiting for a tragedy to happen.

Parents shouldn’t have to go to bus stops in teams to get their children safely on and off a bus – one to hold the child’s hand, one to spot, and one ready with a camera to try and get a license plate.

Bus companies do all they can to make sure the stops are safe for our children, but in the case of Riverview Line, there are no other options.

Fines for passing a school bus the first time are $400-$2,000 and six demerit points. If drivers can’t think about children’s safety, maybe they should think about shelling out that kind of money and how they will live with themselves if they take a young life because they weren’t paying attention.