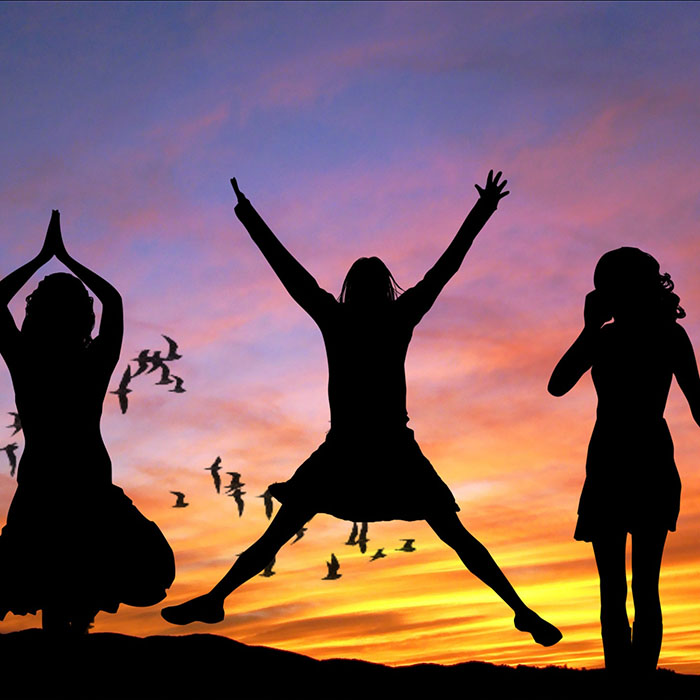 My daughter has some pretty awesome friends. And loud.

But then again, when a group of kids gather and they’re quiet, that’s when you worry.

On the weekend, Brenna had some buddies over for a bit Saturday and Sunday. Lots of laughs upstairs while Mary and I retreated into the basement. I suppose it should be the other way around, but I’m partial to the basement for video gaming, sports watching, and adult beverage enjoyment.

Anyway, the girls got together and put on Brenna’s Bluetooth speaker, a Bob Marley item we got her for Christmas last year. I’m told some of the kids laugh at it because they think it’s got marijuana symbols on it, but the fact is the outer skin is made of hemp and the leaves look remarkably similar. But if you were to smoke hemp, nothing would happen.

That little speaker can kick out the sound (yes, I’ve tested it out with tunes of my own, but it seems to get a steady stream of hip-hop and pop through it for the most part).

They take it with them as they walk around the neighbourhood or go to the park, or have it playing as they’re laughing and chatting.

And eat. These girls have good appetites (typical teens). Fruit, pizza, chicken wings, you name it, they’ll tear into it. They have to keep their fuel tanks topped up, considering their energy levels.

The girl talk turned to this weekend’s semi-formal. Brenna modeled her little black dress for us Sunday night (Thanks I’m told to her BFF Allie). To say she looked awesome in it would be an understatement.

To say my nerves twitched as a father would also be an understatement. Darned kids grow up too fast. There will come a time when I’ll have to man the front porch old-school style to keep the boys away.

She and her gang of gals will be at our house Friday night, preparing for their semi-formal. My wife advised me to be scarce, as it might get loud. I plan on offering my barbecuing services for the young ladies, staying outdoors with my own music for as much as possible.

If those services aren’t required, then it’s back to the basement until a ride is required to the event. And if they need any angry glares at boys on their behalf, I’m their man.

Birds of a feather

A few weeks back, I mentioned the swarming swallows along Merlin Road that form a murmuration – a large flock of the birds that move in unison.

I haven’t seen them of late, but did get an up close and personal glimpse with some turkey vultures while out Merlin way last week.

One was enjoying some road pizza on the shoulder as I approached. The large, red-headed ugly bird didn’t even look up from its meal as I drove by.

A few kilometres down the road, two of that one’s buddies were in the middle of the road, enjoying some asphalt buffet. Initially, they too didn’t take much notice of me, despite the fact they were right in the middle of my lane.

Finally, as I braked, they swooped up, only to quickly return in my wake.

Brazen birds, for sure.

This column was written while listening to Iron Maiden in concert at Hammersmith Odeon in London, England, from back in 1982.