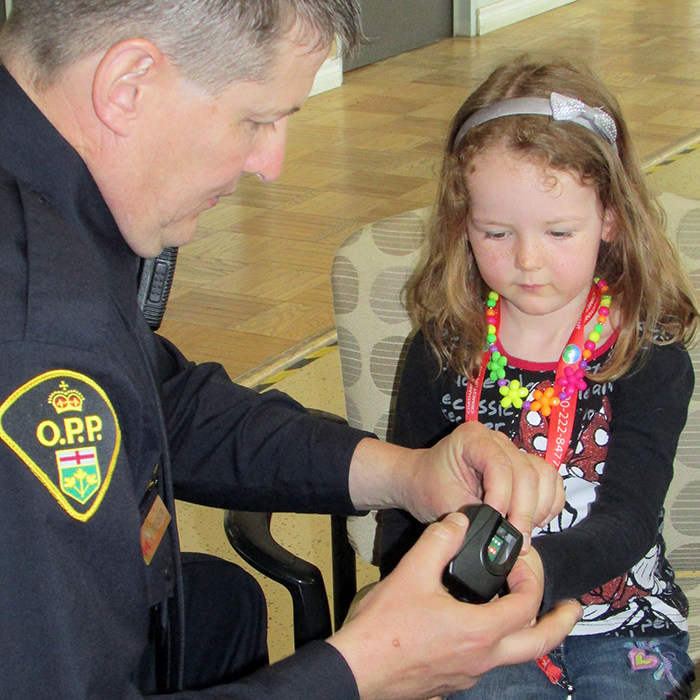 Paige Jones, 4, gets her fingerprints taken by OPP Const. Jay Denorer Saturday at an EZ Child ID clinic at Chatham Chrysler on Saturday.

Families showed up in force over the course of the four-hour clinic, as more than 75 children had their fingerprints taken, as well as a video taken of them facing different directions and answering a few simple questions.

Parents received a USB drive containing the information, and hope they never have to use it, as Paige’s parents told The Chatham Voice, “An ounce of prevention never hurts.” 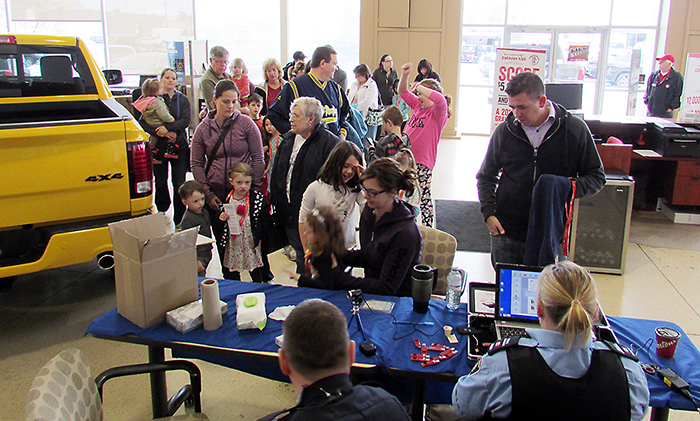 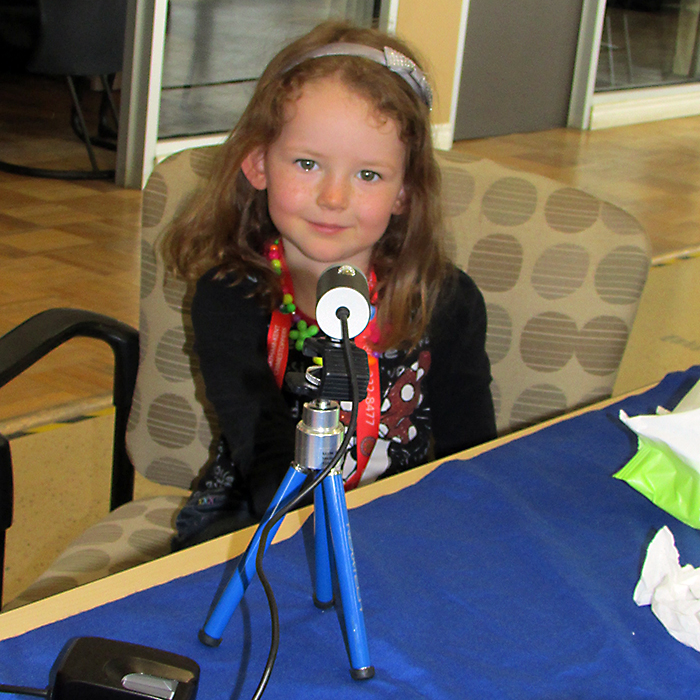