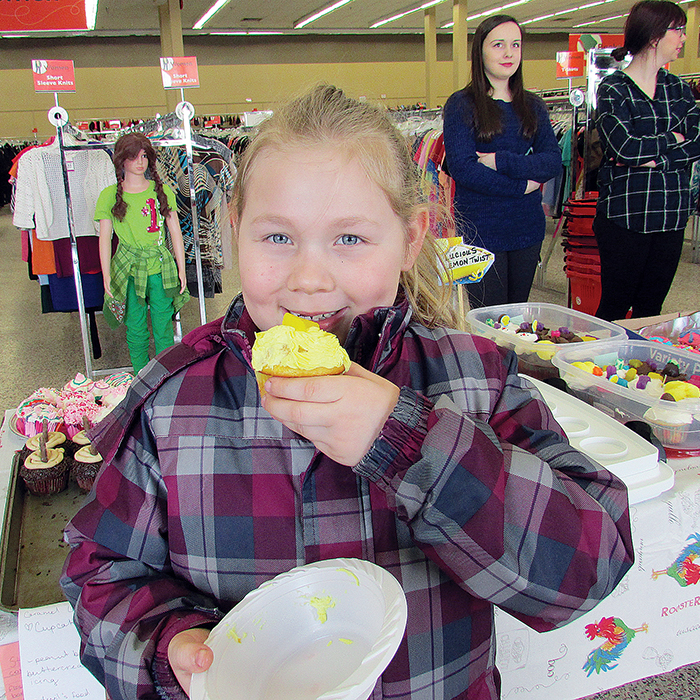 Faith Duquette, 6, gets ready to mow down on her cupcake purchased Saturday at the Value Village National Cupcake Day Bake-Off.

This year’s event raised more than $926, with more donations still coming in as of press time, up from last year’s $870.

The bake-off captured the attention of everyone who came through the doors at the Keil Drive location.

About two-dozen people entered the bake-off, bringing more than 500 cupcakes to the table.

The bake-off ties in with the OSPCA’s annual National Cupcake Day, which officially took place on Monday.

The funds raised go to support animals in need in Chatham-Kent.