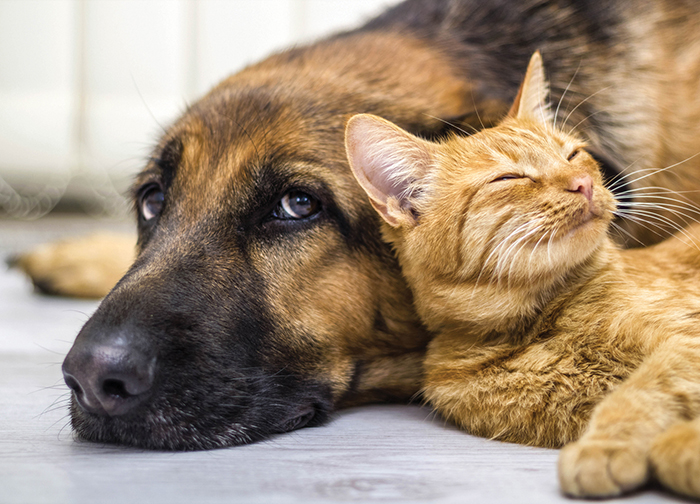 Last week, Chatham-Kent’s political leaders took time out to play the role of gatekeepers of Noah’s Ark as they debated what size, shape, type and number of pets should be permitted in the community.

The subject was covered in the 1904 classic “Pigs is Pigs” written by Ellis Parker Butler. If you don’t want to read how bureaucrats handle animals, here is a quick Disney cartoon on the subject.

It really is a sweeping document as it aims to deal with human pet rights such as dog vs. cat inequality, immigration (new species we didn’t have to worry about years ago) animal crime (vicious dogs) as well as racial tensions and segregation (who can live where and how many).

The biggest blow in the dog vs. cat issue was landed by Coun. Doug Sulman who successfully lobbied for a reduction in the number of cats permitted per household from the 10 suggested in the report, to five.

Prompted no doubt by the crazy old cat lady stereotype, Sulman wisely pointed out that you can keep dogs in a backyard but cats will just wander everywhere. Still to be sorted out is the question of what happens if a female has a litter of five kittens.

Best leave that to King Solomon.

Dogs are still second-class citizens since you can only own three of them, they need to be licensed and owners have to clean up their excrement while cats can do what they please where they please and don’t need licenses.

Left unanswered was the vaguely threatening concern brought forth by Coun. Carmen McGregor about a reported feral cat attack against a Wallaceburg woman.

The issue of lizard and snake length slithered around the table as Coun. Michael Bondy tried unsuccessfully to get a reduction in snake size from three to two metres. Lizards will be allowed to be two metres in length. There’s even a ban on rodentia (porcupines, prairie dogs and such) unless they stay trim and keep their weight under three pounds.

In a move that not surprisingly caused sighs of relief across the municipality, council voted to allow jackasses to remain, but only in designated areas. And, no, that designated area is not around a certain table in the second floor at the Civic Centre.

The best part of the law is the title bestowed on Nancy Havens, C-K’s licensing services manager who assumes the official role of Poundmaster.

If that doesn’t symbolize power while walking the Civic Centre halls, nothing will.

Although parts of the bylaw are largely unenforceable since it’s complaint driven (just say no if someone wants to measure your snake) it is a step forward in the great bureaucratic tradition.

Although he was mostly silent on the matter, His Worship the mayor did get to weigh in on animal issues later in the week at the police services board meeting when it was reported that he suggested slitting the throat of deer injured in collisions with vehicles rather than having police shoot them.

When Chief Gary Conn responded that officers aren’t trained to use knives in that manner, the mayor lamented the fact that citizens aren’t allowed to discharge firearms in the city so they have to use a two-by-four.