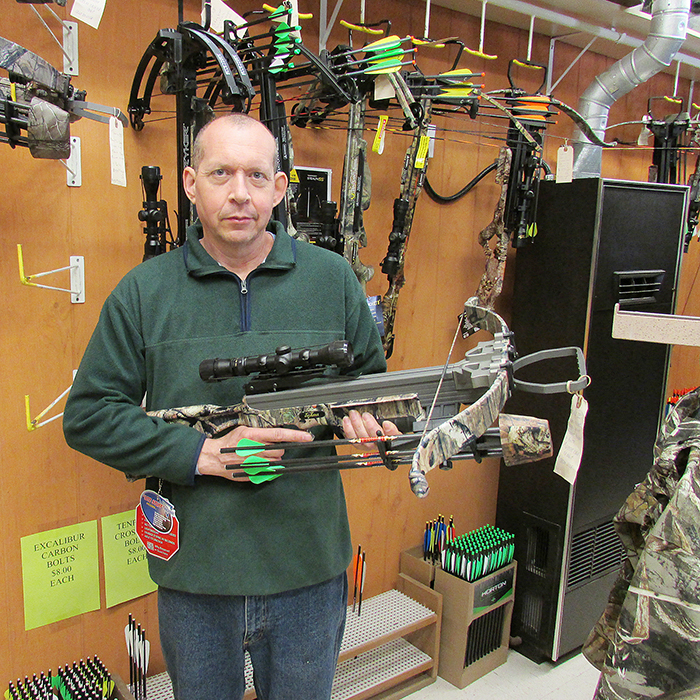 The first thing I noticed about Kevin Brabaw was his eyes.

He had the look of someone who believes he’s been misled; someone to whom trust doesn’t come automatically.

I held out my hand but he withdrew his.

Nearby was a hand sanitizer that looked like it got frequent use.

I’d met Kevin years before when I wrote stories about him when he was an archery prodigy. A lifelong outdoorsman, he and his father Gary started a successful archery business in Wallaceburg.

Life was good until he fell into a pit of government policy, where there are many warnings issued about his condition but few forms of help and recognition for those who contract it.

Kevin has been diagnosed with Lyme disease, a bacterial ailment transmitted through the bite of infected deer ticks, animals as small as a poppy seed.

The initial effects include fever, headache and fatigue but if left untreated can cause arthritis, ravage the immune system, leave sufferers unable to have any quality of life, and in extreme cases cause death.

As much as he is battling the disease, Kevin is waging war against a medical establishment he says refuses to acknowledge his condition.

“Tell someone in the medical field you have Lyme disease and you sense the hostility right away,” he said. “The denial is widespread. They don’t want to deal with you – I call Lyme disease the new leprosy.”

Kevin believes he contracted Lyme disease two years ago while in a local woodlot.

“I was clearing trees in our bush in August (2013) and I started feeling bad in September.”

His symptoms continued to worsen, and by the start of 2014, Kevin was bedridden.

He had severe abdominal pains, chills, shaking, and pain in his arms and chest.

“I had about every test, from X-rays, scopes, ultra sound and everything else,” he said. “I went through stress tests, had blood work over and over.”

One of the strangest symptoms was deep pain in the soles of his feet during the middle of the night.

“It was the strangest feeling, lying in bed having this pain and no idea why.”

He’d heard of Lyme disease and during his research he was able to get a checklist of systems, many of which he had.

Last May, he heard of a test being done by a lab in California.

“I had to get a physician to sign, but there was real resistance to me getting the test. The test result showed I had Lyme but it’s not recognized in Canada. My doctor said he didn’t even know how to read the results.”

Kevin said the test used in Ontario is for an extremely narrow type of lab-grown bacterium that represents a very small percentage of Lyme cases.

Kevin sent the results to CanLyme (the Canadian Lyme Disease Foundation), which confirmed the diagnosis.

“I know about a dozen people in the area with Lyme and when someone finds a treatment that seems to work, we investigate it,” he said. “It’s something you would think the government would do.”

He’s been fighting a war on two fronts, battling the disease while doing the same with the medical establishment, something all too common for those with Lyme disease.

“If you come in with traditional symptoms, you can get antibiotics for a short time which may or may not help.” He said.

“If you don’t respond or if you don’t fit the narrow definition of Lyme, you are abandoned,” he said. “They make you think its something else or that you’re crazy.”

“The government spends a lot of money warning people about not getting Lyme disease but they almost turn their backs on you unless you fit their very narrow definition,” he said.

Kevin urges anyone who may be concerned that they have Lyme to go to canlyme.com and check the list of symptoms listed.

“If you find that you have many of the symptoms listed, you may want to contact the people at the foundation to determine what you should do next,” he said. “The symptoms can come and go in various time periods according to what strain you have, but without treatment they will never go away. Knowledge is power.”

As much as Kevin has been knocked down by his experience, he’s determined to beat the disease.

“I have a life to live,” he said. “I want to get back to the kind of life I had before where I can walk in the woods, I can enjoy the outdoors and be myself, and I’m going to do it no matter what.”