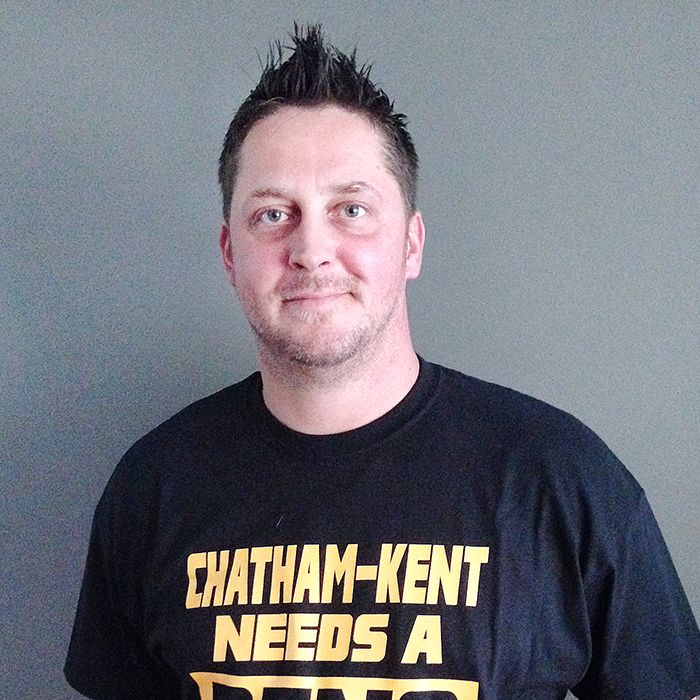 Reno Lachapelle sees so much taking place outside of Chatham-Kent, and it frustrates him.

Lachapelle, who is running for mayor in this fall’s municipal election, thinks we need to work to bring more events and activities to our neck of the woods.

“Living away from Chatham-Kent for 15 years in Windsor, I noticed the festivals and everything they do to create money. They do so much. I see so many people from Chatham in Windsor,” he said. “There’s nothing in Chatham. I feel I have a lot of good ideas that will create jobs and money in Chatham-Kent.”

“My biggest concern is to give the downtown a facelift. That’s Chatham-Kent’s core. There’s nothing to really see here,” he said. “If we do a facelift, they (visitors) will see it is a beautiful city and will want to check us out.”

The mayoral hopeful said he doesn’t want to sound Chatham-centric, but added the former Maple City is the municipality’s largest centre.

“It’s not just Chatham – but it is our major core. We used to have the boats go through, the Festival of Nations, the Medieval Faire. We need to bring stuff back that will help Chatham-Kent,” he said.

He’d also like to see a harvest festival in the fall, and thinks Tecumseh Park would be a great place to do an open-air market each weekend in the summer.

Lachapelle, an electrician by trade, said he would keep in close contact with local business owners.

“I would like to meet with local businesses to find out what’s working and what’s not. I would do it on an ongoing basis, like every three months or so,” he said.

He believes in staying in touch with the community and listening to people’s beefs and boasts, as well as reaching out to other municipalities to see what’s working in their respective communities.

That is a problem for Chatham-Kent with young-adults.

“The younger people are really giving me a good response. They all want this. From the ages of 20 to 40, they leave Chatham-Kent and eventually come back to raise their children,” he said.

It’s all about communication.

“We need to be loyal to the community and listen to what people have to say. I can’t do it on my own,” he said.