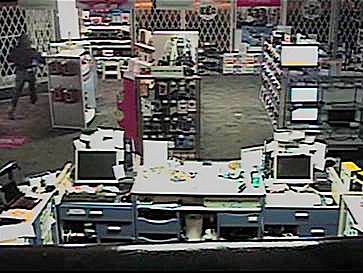 Police continue to investigate Tuesday’s early morning break-in at The Source in Wallaceburg, and released security camera footage of the two men wanted in connection with the crime.

Suspect one is a male of slim build, and was seen wearing a black jacket with a dart hoodie pulled over his head, blue jeans, black running shoes with white soles, and gloves. 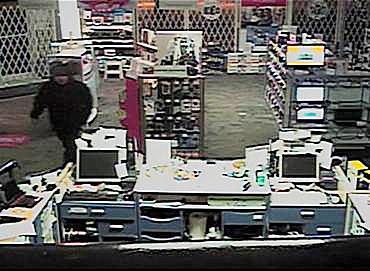 The second suspect is described as stocky, and was seen wearing a black jacket, grey toque, blue jeans, dark shoes and gloves.