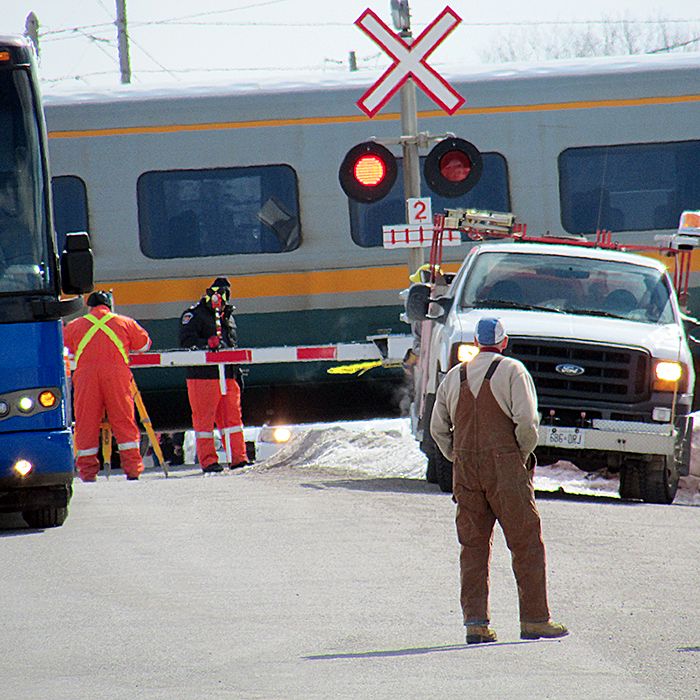 Trains are back running this afternoon following a fatal accident involving a VIA train in Chatham.

The tragedy occurred about 10:10 a.m. when an eastbound train hit a male pedestrian near the Sass Road crossing.

Police investigated, and the train remained in place, straddling Sass Road, for more than three hours.

Mylene Belanger, spokesperson for VIA Rail, said the accident occurred only minutes after the train left the Chatham station. There were 81 passengers on board.

She said passengers were transferred to motor coaches for transit to their original destinations.

“We’re making sure to bring passengers as safely and comfortably as possible to their destinations,” she said.

The accident and resulting investigation impacted later trains heading east and west, Belanger said. VIA used buses to leapfrog past the accident.

Belanger said it’s a sad day at VIA.

“On behalf of everyone at VIA Rail, let me express our deepest sympathies,” she said. “Our thoughts also go to the locomotive engineers. They were temporarily relieved of their duties and will receive all the support they need.”

Anyone with information on the circumstances surrounding the collision is asked to contact Const. Mike Pearce of the Traffic Management Unit at 519-355-1092.