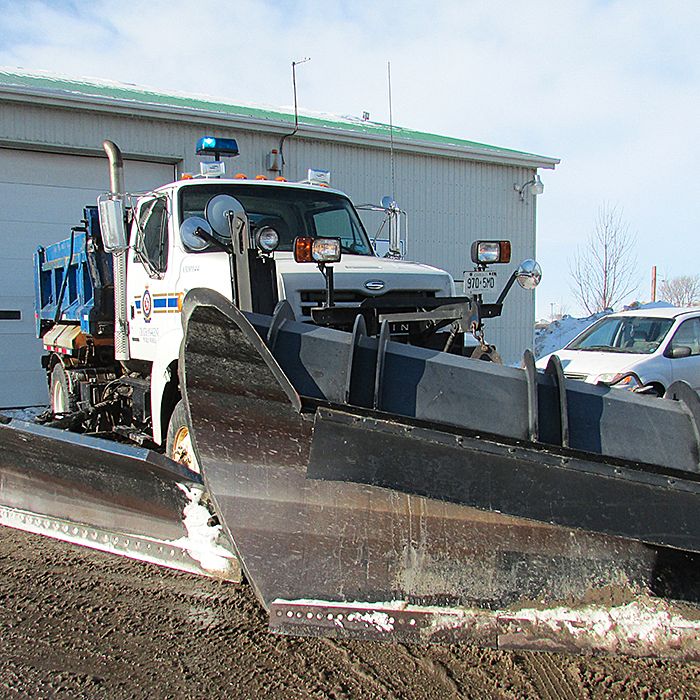 How many of you have come up behind a snowplow, cursed the driver for going so slow, and pulled out to pass?

I did it. Once. Nearly three decades ago. It was on Highway 11 in the heart of the Muskokas, land of lake-effect snow. I passed a plow, got up to 80 km/h on the snow-packed highway and eventually spun out a few kilometres later.

The plow passed me after I’d kissed the guardrail. Fortunately, I wasn’t hurt, and the car only suffered one small dent.

But that’s the last time I passed a plow. It was stupid and I learned from my mistake.

Now, I give the plows their space and patiently hang out well back when I come up on one from behind.

I wish the same could be said of other drivers.

I had the opportunity last week to sit down and chat with some of the guys who plow our roads in Chatham-Kent when I visited the Raleigh municipal garage. They told me their pet peeves.

One is people who ride their butts to the point they are so close they can’t be seen in the plow’s side mirrors.

Another is people who shovel their snow out onto the roadways, where it sits and hardens, jarring the plow and possibly damaging the blade when the plow hits it.

These guys have had a heck of a busy winter. Long days, short turnarounds before the next shift, and stretches of such heavy workload that run for upwards of two weeks.

When the average person ventures out in a snowstorm, they generally have to worry about staying on the road. Plow drivers have the same worry, but have to constantly adjust their plow blades to account for such things as mail boxes, intersections, parked vehicles, you name it.

Try doing it when visibility on rural roads is next to zero, and you’re in your 12th hour of work for the day. And it’s your 13th straight long workday.

That’s what these plow drivers endured in January thanks to all the blowing snow.

Sitting down with the drivers last week gave me a renewed respect for these guys.

So, how does a guy spend his weekend when his wife and daughter are out of town? How about laundry? And shovelling.

Yep, that’s what I did this past weekend as my clan slipped down to Windsor to cheer on my nephew and the other Chatham Pool Sharks at a two-day regional meet.

I stayed home, did the laundry, cleared the driveway, and blew my nose. I did a lot of all three on the weekend, as my first real cold of the season settled into my sinuses.

The family got home in time for Superbowl kickoff. Unfortunately, we watched the entire game too. Yes, I’m a football fanatic. Yes, the game stunk that badly (unless you are a Seahawk fan).

Mediocre commercials (although the Doberhuahuas were hilarious); mediocre halftime show. All in all, a lame Superbowl. I was doing dishes by the time the game ended.