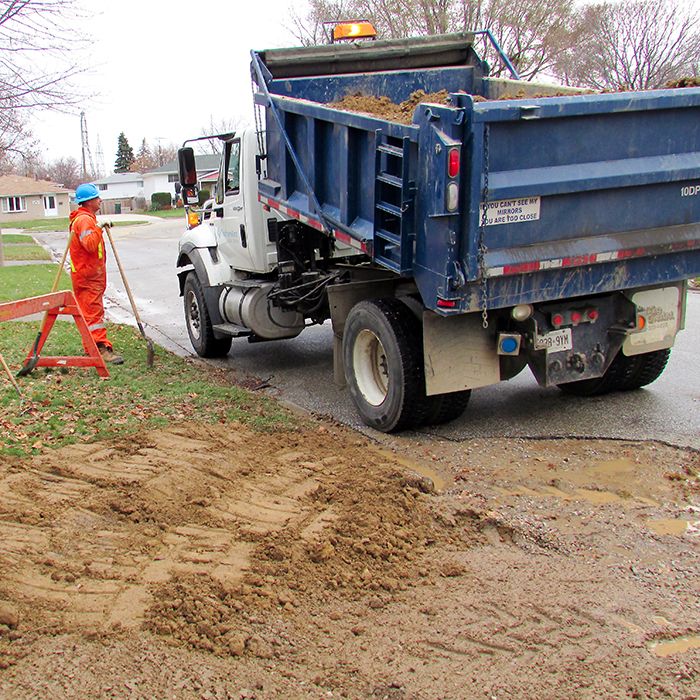 A water main break on Peirone Crescent in Chatham may have led to a few excited kids Wednesday night, but at least one local resident just shrugged it off the next morning.

DeVos lives a couple of doors down from where the water came bubbling up out of the ground at the curb.

“It wasn’t so bad for us. Water came up maybe half my driveway.”

DeVos said at its worst, the water may have topped the curb near the break.

A Public Works crew was on scene Thursday morning adding more dirt to the hole created by the water flow, and cleaning up the mud that the water had pushed down the street.

Blair Gallen, with Public Works, said gravel would be brought in to repair a nearby gravel driveway Thursday, and the road would be patched, but he believed more permanent repairs would take place in the spring.