With determination and steady focus, competitors at the 2013 Upper Canada Open Aerobatics Contest waited their turn to perform for judges on the weekend at the Chatham-Kent Municipal Airport.

Sunny skies and good weather were on the side of the dozen competitors, including contest director Bill Ludwig.

With fliers from all over Ontario and a few from south of the border in Ohio and Michigan, Ludwig was the only Chatham-Kent competitor.

“It’s a competition akin to figure skating or platform diving,” explained Ludwig. “It involves a series of manoeuvres in a sequence.”

Graded on these manoeuvres, which may include spins, loops or rolls, judges multiply these figures by a difficulty score.

“We thought this was a little more central and closer to the Michigan competitor pool,” said Ludwig.

Oshawa flier Desmond Lightbody, who is a repeat intermediate competitor, was calm and collected, watching other competitors before his run.

With a chance for each competitor to practice routines at the airport on Friday, Lightbody said he was feeling more confident about the upcoming day than previous years.

Each competitor completed a total of three flights during the two-day event, consisting of known and unknown flight patterns typically lasting up to four minutes each.

Lightbody’s routine for success always consists of a particular technique that he takes very seriously.

“You must stay hydrated and keep the brain wet,” said Lightbody.

As a last resort, Lightbody will turn to Red Bull to give him a helping hand.

“Once we get going, it is such a high level of alertness and you have to keep yourself going for the entire day,” said Lightbody.

“You must be very cognizant, especially when your plane is facing the ground,” he added.

Most fliers, like Lightbody, have a drawing of their flight plan taped in their cockpit, which they work from during their run. Contained within a three dimensional grid, fliers must keep within that space and deliver flawless stunts and clean lines.

“When I get down from an aerobatic routine, competition or not, I describe it as fun, fun, fun,” said Lightbody of the challenge.

A lot of work goes into the contest and Ludwig is grateful for the help from a group of more than 20 volunteers.

“We also have a bunch of volunteers from the radio controlled aircraft people – they’ve sent a bunch. That’s really quite helpful,” said Ludwig. 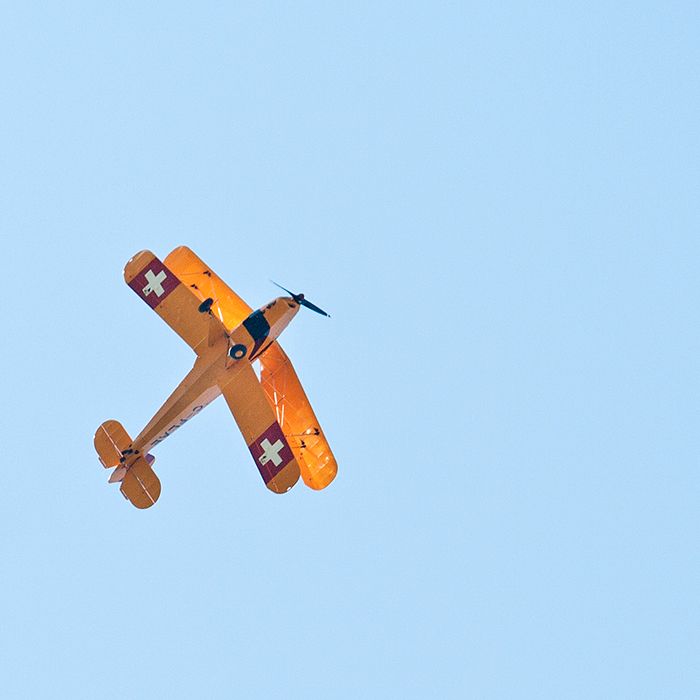