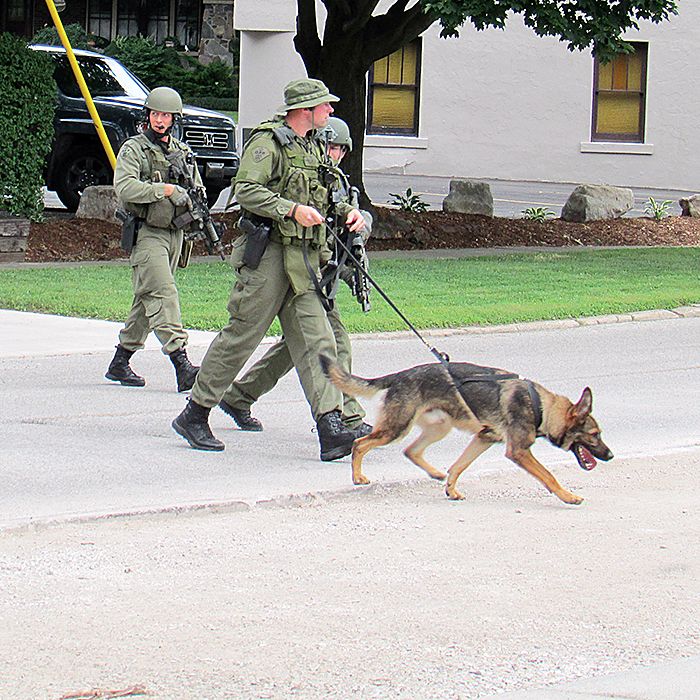 Confused? So are we over the time taken to get the information to the public.

Police say pharmacy staff handed over an undisclosed amount of patches, and the suspect fled the scene.

A police manhunt ensued, led by the OPP tactical response team and its canine, who swept the north side of the river searching for clues.

On Aug. 7, police arrested two Chatham men, aged 29 and 27. The eldest is charged with robbery, assault with a weapon, pointing a firearm, wearing a disguise with intent and weapons dangerous. The younger one faces an accessory after the fact charge.