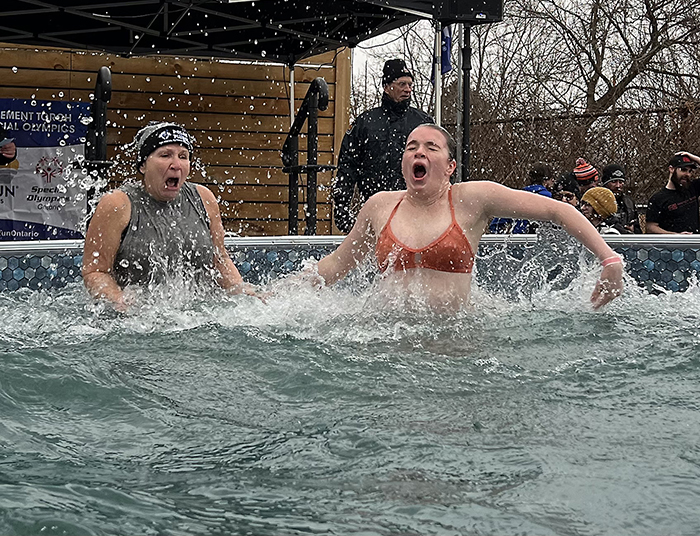 Chatham-Kent biggest ever Polar Plunge was a family affair for Cora Holt, right, and her grandmother Melanie Simpson.

The pair was among those freezin’ for a reason, part of the contingent of participants and donors, who came together to raise funds for Special Olympics Ontario.

The event’s goal was $40,000. Participants clobbered that figure, with $87,370 raised, as hundreds turned out to support the event at the Sons of Kent.

Holt, a member of the Blenheim Blast swim team, was supported by Simpson, who said: “If my granddaughter can do it, so can I.” Other members of the Blast also took up the challenge.

The event also paid tribute to former Chatham-Kent Police Service officer Mike Currie who passed away in 2022. Currie was beloved for his devotion and leadership roles in support of Special Olympics Ontario and the Ontario Law Enforcement Torch Run. 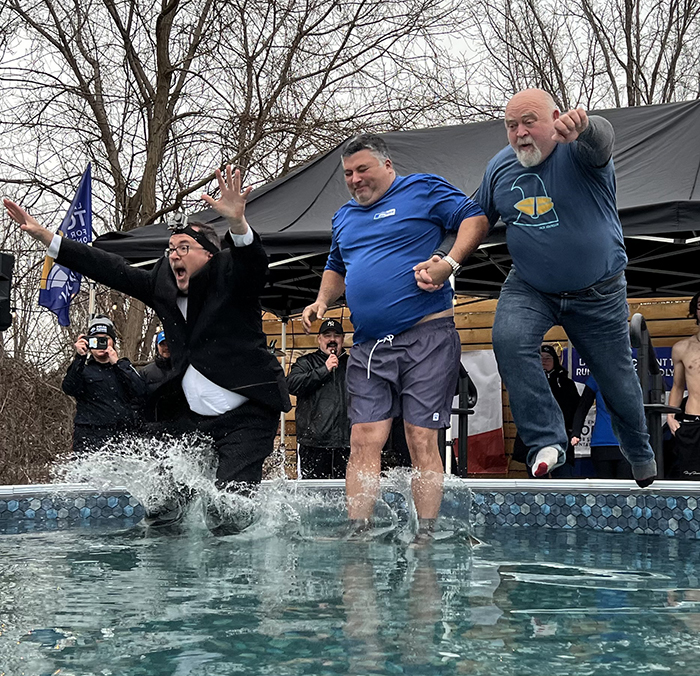 Mayor Darrin Canniff, Winmar’s David Constancio and Sons of Kent co-owner Tim Copeland were the first jumpers out of the gate at Saturday’s biggest ever Chatham-Kent Polar Plunge.

The mayor issued a challenge to raise $1,000 and volunteered the services of Constancio and Copeland as a reward.

The stunt ended up pulling in $3,000, helping the fundraiser more than double its goal.

The Chatham-Kent event was the first Polar Plunge to take place in Ontario in 2023. 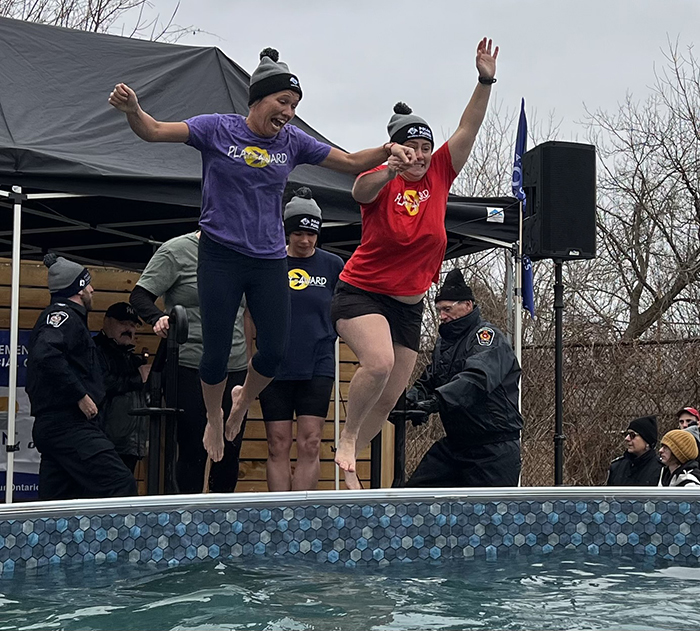