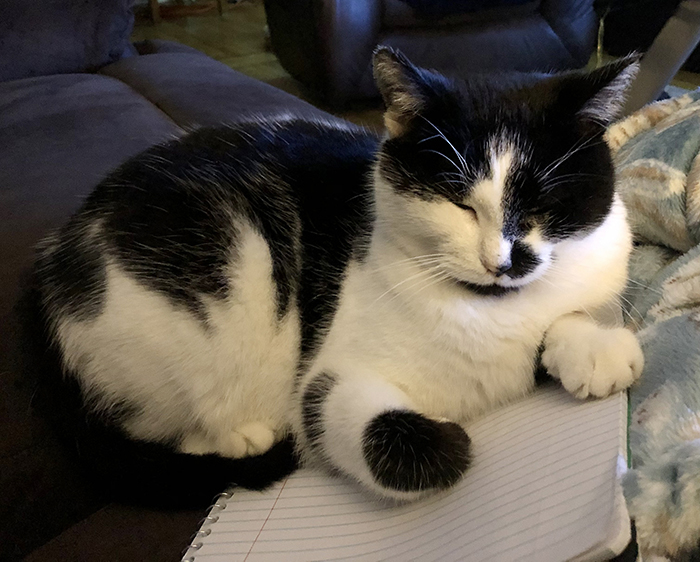 On Dec. 23, I received my very own Christmas miracle.

While sitting at my desk trying to finish writing stories in preparation for the holidays, I received a phone call asking me if I had a black-and-white cat.

I replied that indeed I did, but she had disappeared in the winter two years ago.

“Well we have her here and you’re welcome to come and get her,” the nice lady from the pet rescue place told me.

Legally known as Autumn, my pretty feline decided to take off when I tried to provide a home to a young kitten that had been dropped off. The young orange male was outside freezing, but with some coaxing would come inside for short warm-up visits and a snack.

Miss Kitty wasn’t having it.

When you’re the queen, you want to remain in the top spot. The now-six-year-old cat didn’t like the new kitten and decided to take a hike, relocating to the neighbours about half a kilometre away.

They called to tell me Miss Kitty was there, but when I went to pick her up, she was gone.

I was very sad, assuming she’d fallen prey to a coyote or that she had died from hunger or cold.

Yet something told me, she was too smart for that.

Of all the cats I’ve ever had, Miss Kitty is the most intelligent. A drop off herself, she became pregnant more than once which created a terrible problem. Collecting feral kittens and taking them to a shelter proved to be a lot of work.

Miss Kitty was feral but she liked being fed and would rub against my legs now and then and allow herself to be petted.

Finally one day, I was able to live trap Miss Kitty. I took her to the closest animal rescue centre and they took her in. She was spayed, had her shots and they also micro-chipped her.

I officially adopted her back and she came back to my home once more, living half her life indoors, laying about and strutting around like she owned the place.

Yet, she remained a cunning and ruthless hunter and would depart on various rambles disappearing anywhere from a day to three weeks.

But I always knew the cat would come back.

I had given up on ever seeing Miss Kitty again. I would sometimes look at pictures of her on my phone – her markings looks like she’s been daubed with paint – until I got the just-in-time-for-the-holidays call.

Miss Kitty was about 30 kilometres from the homestead north of Wallaceburg and was picked up by a kind soul at the side of the road. The woman who rescued her was visiting a memorial at the spot where her son had perished in a car accident.

Miss Kitty had walked up to her there and didn’t leave, watching the woman the entire time. Because there were no houses nearby the lady picked her up and decided to bring her to the humane society in Sarnia.

Hmmm. If only the little scamp could talk! Where were you for the past two years, Miss Kitty?

Ironically, I heard of similar story from a friend that lives in Dover. The Bail family had “lost” their cat Pumpkin last summer, but she turned up Dec. 30 some 15 kilometres away from home! 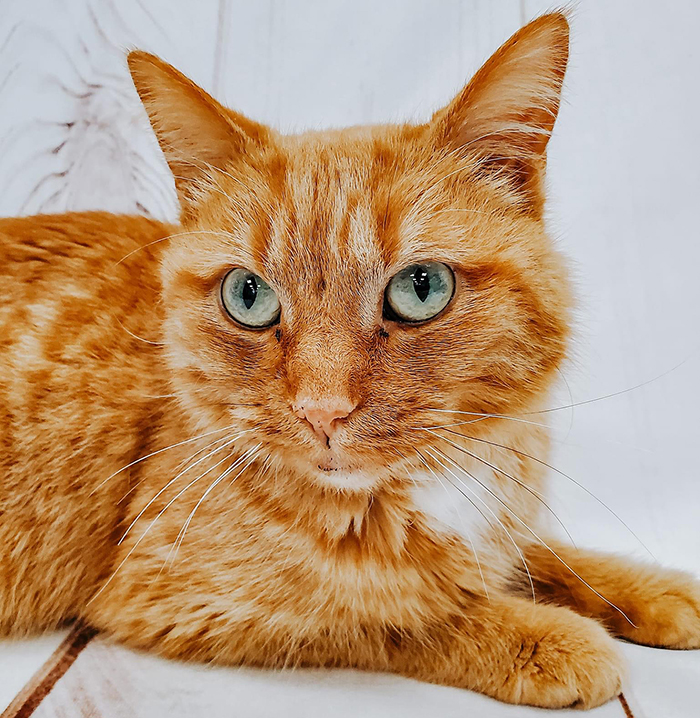 A kind citizen picked her up and took her to PAWR. Thanks to micro chipping, Pumpkin was reunited with her loving family just in time for the New Year.

So, while technology has its many downfalls, it definitely has its upside as well. If not for micro-chipping, it’s unlikely stray pets would be reunited with their owners.

The lesson here is that it’s really important to get your pet micro-chipped.

I’d also like to point out that dropping animals off in the country and hoping for the best is a really bad idea. I’ve lost count on the number of cats that have turned up at the farm out of the blue. Freezing or starving to death is a terrible way to die.

Take the animal to a shelter. End of story.

So thanks to whoever out there helped Miss Kitty on her journey. As her original owner, I am more than grateful.

But I can’t help but wonder if someone out there is missing her just like I did.