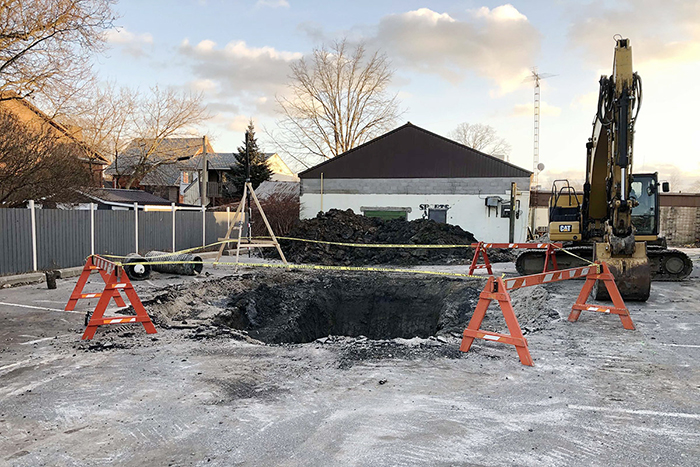 Crews are digging into a municipal parking lot to access an abandoned well in downtown Wheatley.

Dubbed “APEC 2” (Area of Potential Concern), the plan is to bring the well casing to the surface, which officials said would allow them to better monitor the well.

That, they added, will assist them in identifying future activities and mitigation options.

Once that Is accomplished, officials plan to conduct tests with pressurized water to determine if an underground connection exists between APEC 2 and APEC 1. The latter is located at the site of the August explosion.

No gas release has taken place since Nov. 21, and given the interval between events, officials are expecting a release soon. The test separator and venting system remain in place connected to APEC 1. Officials said these precautions improve the overall safety of the site.

Homeowner access will resume when appropriate to do so.