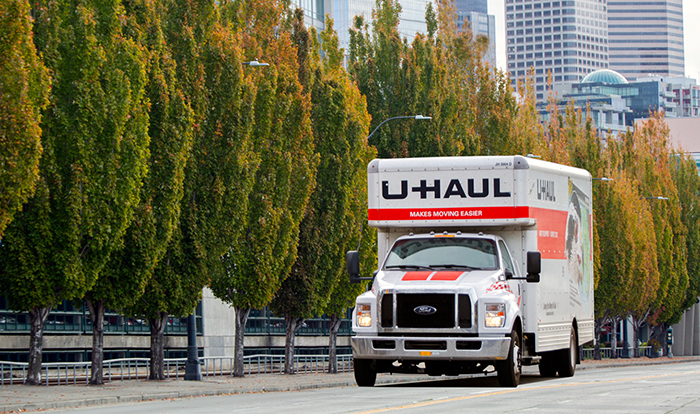 In 2021 more U-Haul trucks headed in to Chatham-Kent rather than out.

That’s good news for the municipality.

According to customer data analyzed by the moving company giant, last year’s stats ranked Chatham-Kent in 13th place of the highest growth cities across Canada.

According to the U-Haul Western Ontario president David Anstett, it’s no secret Chatham-Kent is a great place to live.

“It’s a beautiful area with a low cost of living,” Anstett said in a recent interview, adding people enjoy the slower pace, quality of life and the absence of traffic congestion.

Anstett said the influx of people into Chatham-Kent began slowly about a decade ago with retirees choosing to relocate here.

Now, he said, people with good-paying jobs and families, able to work from home, are moving into the municipality.

Anstett said the new residents – primarily from the Greater Toronto Area and Hamilton – are a silver lining of COVID-19.

“They realized they don’t need to be in a downtown office tower to work,” he added, noting coming to the realization is a bonus of COVID.

Audrey Ansell, who heads up community attraction and promotion for the municipality, said there’s been an uptick in the past year in inquiries looking to C-K as a place where they can establish a base they can work from.

“It’s nice when we make it onto lists like this, and is truly a reflection of the a community-wide effort to promote and grow C-K,” said Ansell, adding it creates a “welcoming and attractive community for all.”

The U-Haul data shows that people are moving into the Southwestern Ontario region as a whole, with rural areas and small towns seeing new residents aplenty.

In Chatham-Kent, arriving U-Haul customers accounted for 53.7 per cent of all their one-way U-Haul traffic, compared to 46.3 per cent departing.

The U-Haul manager also has a personal tie to Chatham-Kent. The Essex County resident has a summer place on Lake Erie near Wheatley.

“The climate is so good here,” Anstett said, noting           that being surrounded by lakes and rivers contributes to the charm.

Real estate broker Kristen Nead of Royal LePage Peifer Realty in Chatham agrees Chatham-Kent is one of the “most affordable places to live in Ontario.

“It has a great climate and proximity to two Great Lakes,” Nead said. “It’s a popular destination for relocations.”

Elsewhere in Canada, North Bay, Belleville, Greater Sudbury in Ontario, and Quebec City and Calgary make up the top five Canadian growth cities of 2021, according to U-Haul Canada.