When Chatham native Kevin Moore lost his mother Kathy to cancer in 2019, he checked out…all the way to New Zealand.

And now he’s got a best-selling book on his hands – “Dude, Where’s My Walking Stick?” – detailing his 69-day trek across the South Island of that country.

Losing his mother ripped open Moore’s soul, and he shared his healing process – the hike – in his book.

His honesty led to topping the charts in Australia and Oceania, as well as here in Canada, on Amazon’s book charts.

For Moore, 36, he said detailing his trek and what he was experiencing just came naturally to him.

“With mom’s passing, well, I’m a big weirdo when it comes to figuring out grief,” he told The Chatham Voice in a phone interview from British Columbia.

“I did a big, long trek. I thought I’d figure it out as I went,” Moore explained. 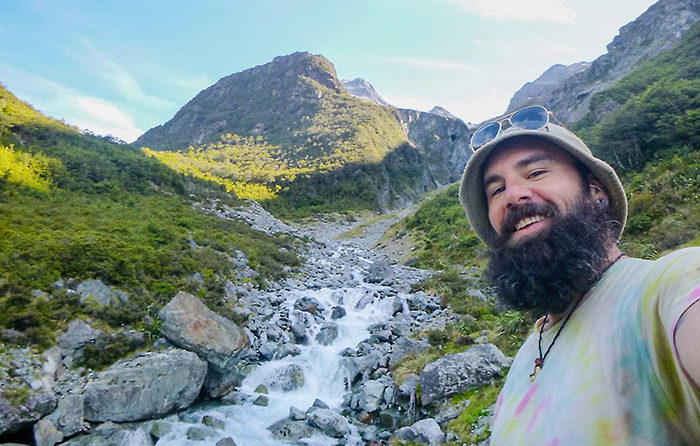 He embarked on the 1,300-kilometre hike quite unprepared.

“I wasn’t following any healthy things. I had terrible coping mechanisms,” he said. “It was painful. I had a lot going through my head. And my body – well, my feet and my legs – did not do well early on. But the pain was nothing to how I was feeling inside.”

Moore said he damaged the bottoms of his feet, but stubbornly walked on through the New Zealand wilderness.

When Moore set out on the Te Araroa trail, he figured he’d be alone with his thoughts for the duration of the trek.

“But I met some amazing people along the way,” he explained. 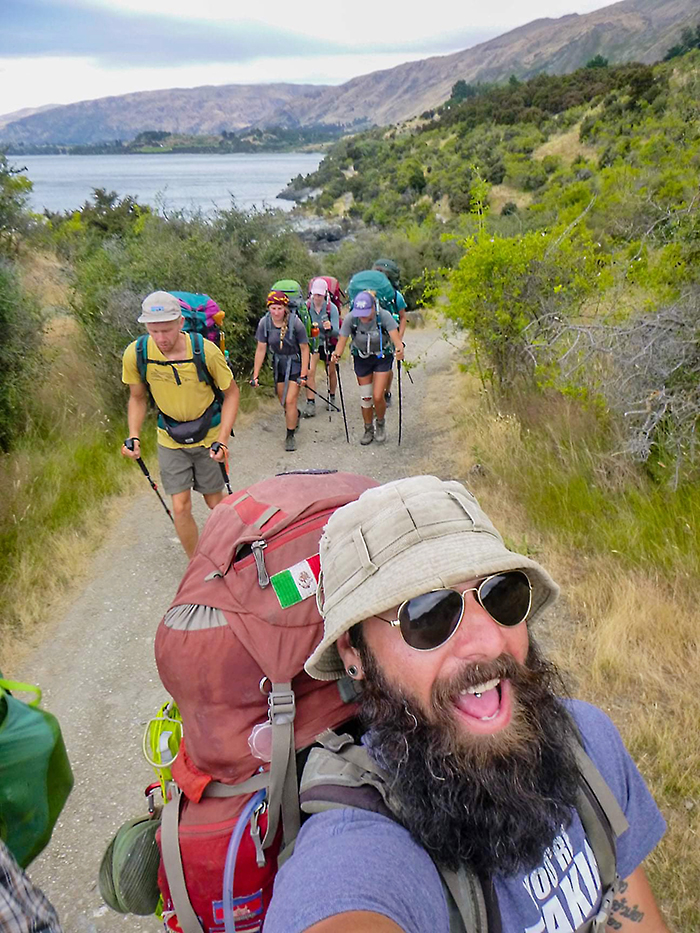 The Te Araroa trail is a series of trails, sections really. And within Te Araroa is Te Waipounamu, the section Moore walked.

He said he didn’t walk for 69 straight days, but completed it a section at a time, with the longest being nine days.

And he saw some amazing landscape, from ocean shoreline, up through forests, across rivers, under waterfalls and on top of mountains.

Moore said the trip – which took place pre-COVID from December 2019 to February 2020 – gave him perspective, and some incredible memories. It also helped him pay homage to his mother.

“Nothing will bring back my mom, but at least I did something a little bit in her honour,” he said.

Moore credits his mother with advising him to travel and see the world while he was still young.

“I think she’d be stoked I did this. She said everyone always waits until they’re too old to enjoy life,” he said.” One of the last things she told me was to never stop adventuring. She was an incredible woman.”

Moore had been to New Zealand previously, and his mother visited him when he was there.

Losing her sent him spiraling.

“I didn’t care about time or money. I just decided to do the trek,” Moore said. “Going into the bush gave me time to clear my head.” 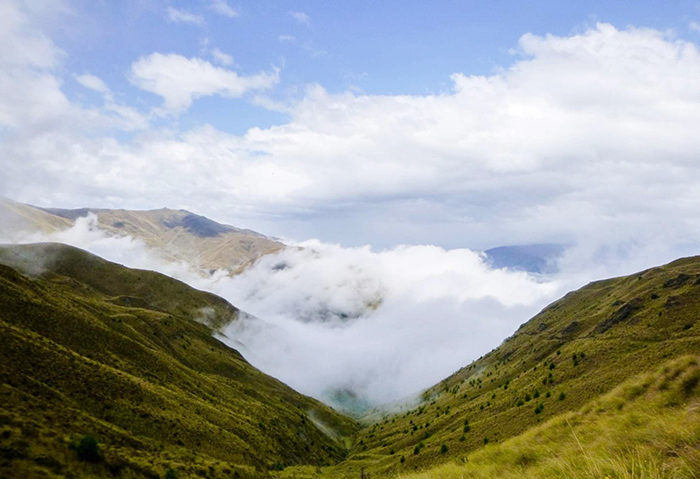 But he kept up with a habit he’s done on all his travels – documenting them.

The book evolved from Moore’s habit of journaling during his adventures.

“I just figured to try to make this into a little bit more. I was looking to make it (a book) for a couple of my friends,” he said. “Somehow, it’s doing very well on Amazon.”

It won’t bring his mother back, but it does bring a smile to Moore’s face.

“I’ll never feel the way I used to when she was alive. I’ll just do things differently,” he said.

But Moore will continue to travel, whenever the pandemic restrictions let up. 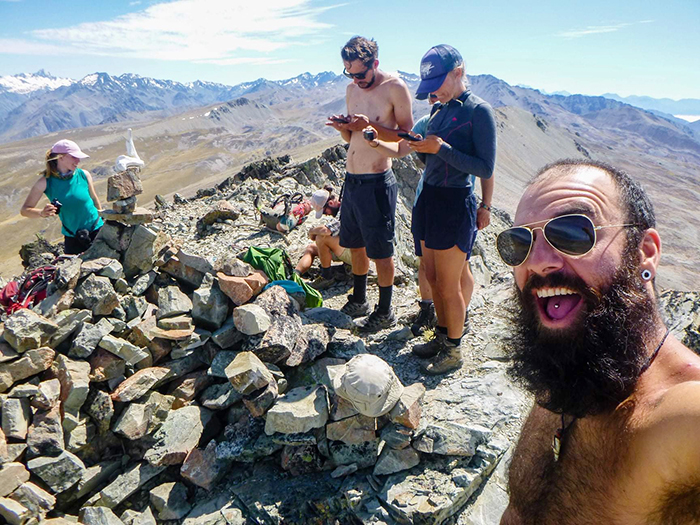